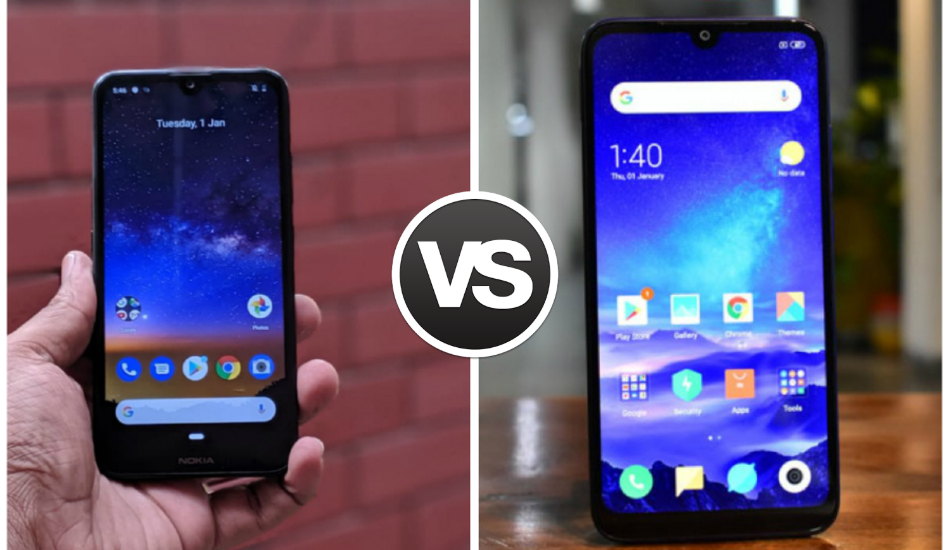 For around the same price, HMD Global and Xiaomi are selling the Nokia 2.2 and Redmi 7 budget-centric smartphones with decent chipsets, premium design, waterdrop-notched displays, latest software and relatively larger batteries. But does the Nokia 2.2 have what it takes to challenge the Redmi 7?

HMD Global has just launched the Nokia 2.2 as its latest budget-centric smartphone for an introductory price of Rs 6,999 for the base 2GB + 16GB model. The phone will also be available in 3GB RAM + 32GB storage configuration for a price of Rs 7,999. The company has revealed that post the introductory period, i.e. June 30, the Nokia 2.2 will sell for Rs 7,699 and Rs 8,999 respectively for the 2GB and 3GB RAM options.

For around the same price, Xiaomi is selling the Redmi 7 smartphone with a mid-range chipset, dual cameras and a similar looking waterdrop-notched front screen. Does the Nokia 2.2 have what it takes to challenge the Redmi 7? Let’s talk about that.

While the MediaTek Helio A22 is powerful enough to give Snapdragon 4xx series a run for its money, it stands no chance to Redmi 7’s Snapdragon 632. The Snapdragon 632 is, on paper, 1.8x faster, has 4 more CPU cores and uses an additional big.LITTLE technology.

With the Redmi 7, Xiaomi has finally adopted the new design trend which is a glossy and gradient finish. This finish is available in a Comet Blue, Lunar Red and Eclipse Black colours. Being a budget phone, the Redmi 7 has a polycarbonate form factor unlike the glass panel on the front. 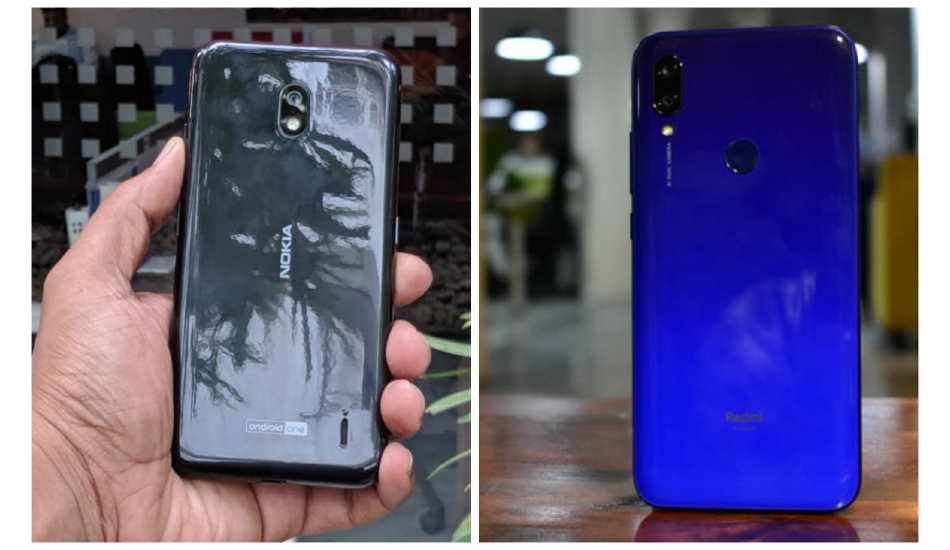 The Nokia 2.2 like any Nokia phone front the recent past employs a glossy back but this time the panel is made of a polycarbonate material instead of glass. The device is available in two colours, Steel and Tungsten Black. However, the glossy panel doesn’t stand a chance to the gradient coloured backs available in Redmi 7. 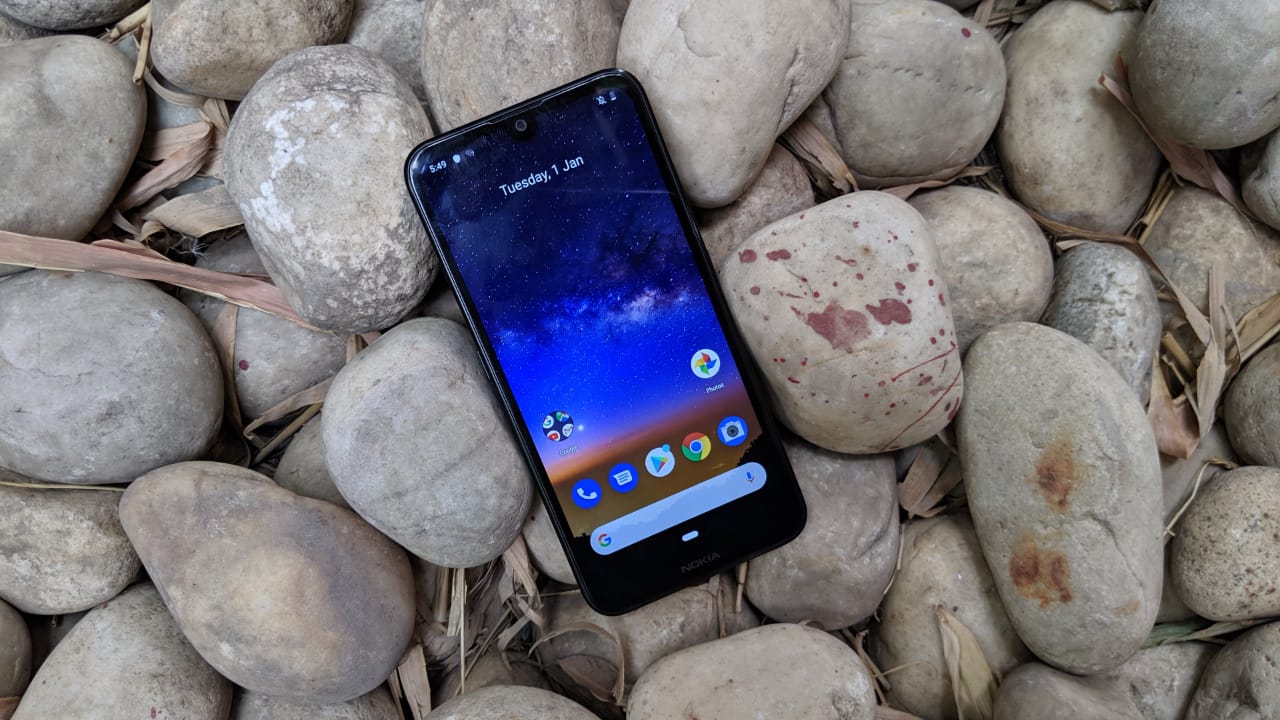 The Nokia 2.2 is equipped with a 5.71-inch HD+ display with a screen resolution of 1520 x 720 pixels and a 19:9 aspect ratio. The display has a waterdrop notch at the top, much like the Nokia 3.2 and Nokia 4.2. The display looks good in our initial testing and it is quite bright in nature, primarily because of the 400nits brightness.

Xiaomi Redmi 7 features a 6.26-inch HD+ display with a screen resolution of 1520 x 720 pixels. The phone screen looks bright but highly reflective in nature. It is also equipped with Corning Gorilla Glass 5 protection, which should ideally provide some sturdiness.

The Redmi 7 features a dual-camera setup with a combination of 12-megapixel primary lens and a 2-megapixel secondary shooter. For the front, there is an 8-megapixel selfie shooter with AI Beauty and AI face unlock. In our testing, the camera UI is pretty simple to use with different modes for Short Video, Photo, Video, Square, Portrait and Pro mode. However, low-light performance was quite average in our opinion and the camera shutter is a bit slow as well. The selfie performance is quite average with aggressive processing when using AI Beauty mode. 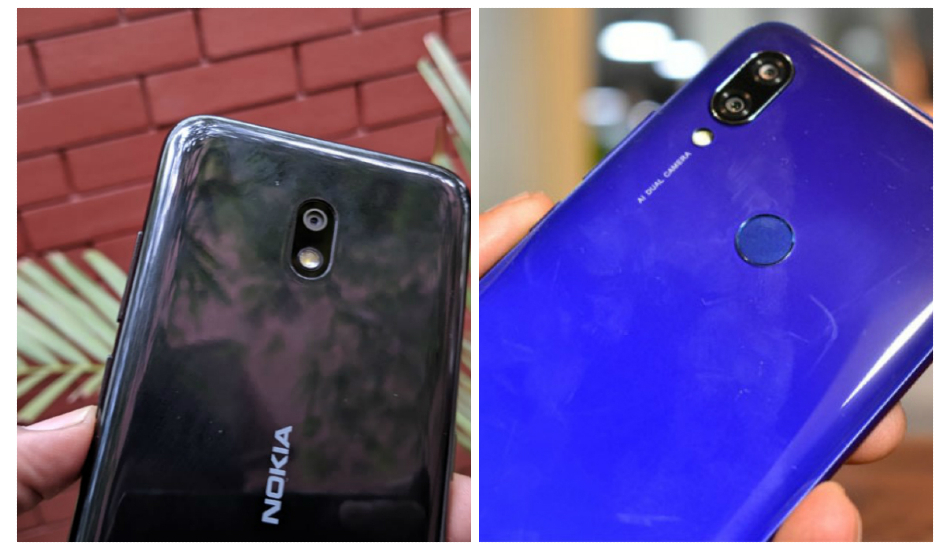 Unlike the Redmi device, the Nokia 2.2 only features a single 13-megapixel rear camera along with a 5-megapixel selfie shooter. The camera user interface is quite simple to use and it comes with limited modes like Photo, Video, Square, Time-lapse, Panorama and Google Lens. The camera capabilities are yet to be tested out in full glory, but initial testing reveals that the phone takes a noticeable amount of time to process the image. However, the selfie camera worked fine in our testing, better in comparison with Redmi 7.

It’s the Android experience where the Nokia shines over the Redmi. The Nokia 2.2 comes as part of the Android One family and runs on a clean batch of Android 9.0 Pie with pure Android experience. The company has also promised that it is Android Q ready and once Google rolls out official Android Q operating system, Nokia 2.2 will surely get it. The user interface is clean and bloat-free. HMD Global has also added a dedicated Google Assistant key through which one can trigger the assistant with a simple tap, while a tap and long press will trigger Google Assistant in walkie-talkie mode. 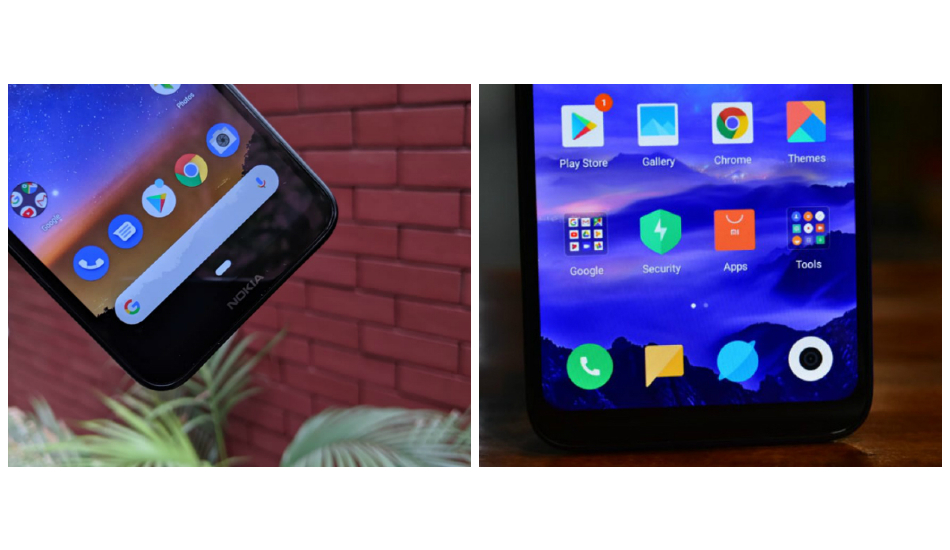 Redmi 7 runs on MIUI 10 based on Android 9.0 Pie which is the latest version of Google’s mobile OS. While Xiaomi is known to update their recent most devices, it’s often the MIUI interface which is considered the major drawback in any Xiaomi phone. The phone shows pesky ads through Mi apps like Mi Browser, Mi Videos and Mi Security and even prompts users to download applications from the Play Store.

The Redmi 7 is juiced up by a 4000mAh battery which lasted one full day under normal usage, including using social media apps, streaming videos, 1 hour of gaming and occasionally checking emails.

The Nokia 2.2 is equipped with a smaller 3,000mAh battery which is removable. While it’s reasonable to think the Nokia phone will last less under the same usage, there is some hope for balanced performance since the Nokia 2.2 is powered by a 2nm thinner processed chip and a less power hungry processor.

The Nokia 2.2 is a good affordable alternative to the Nokia 3.2 with the latest entry-level processor that even takes advantage of a thinner chip design. The phone offers users a bright display and a glossy premium design on the outside and a pure Android experience with the latest Google OS on the inside. If software isn’t a major concern, you can go for the Redmi 7 which offers dual cameras at the back and a better all-around performance thanks to a mid-range chipset and an attractive package for the same price mark.