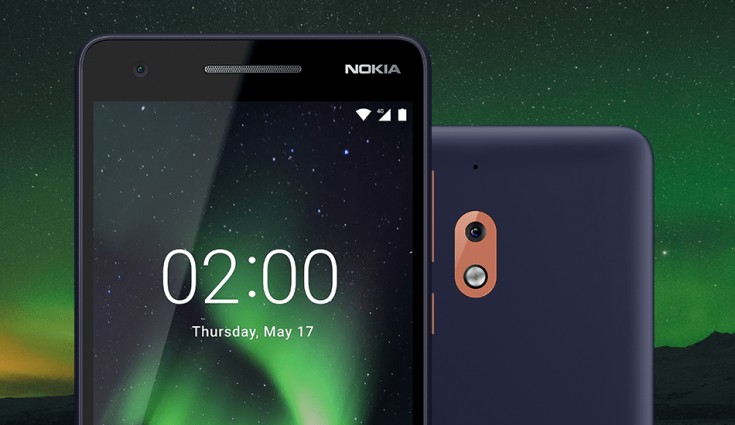 Nokia 2.1 smartphone was announced by HMD Global in August last year as the successor to the Nokia 2 for a price of Rs 6,999.

The update is 92.3MB in size and it is currently rolling out in India. The update is being pushed as an over-the-air in batches. You can check for the update by going to Settings and then system updates.

To recall, the Nokia 2.1 smartphone was announced by HMD Global in August last year as the successor to the Nokia 2 for a price of Rs 6,999. The Nokia 2.1 features a 5.5-inch HD IPS LCD display with a screen resolution of 1280 x 720 pixels.

It comes loaded with quad-core Snapdragon 425 processor along with 1GB of RAM and 8GB of ROM. The memory can be expanded up to 128GB via micro SD card slot. The device first came running Android 8.1 Oreo (Go Edition) and is fuelled by a 4000mAh battery. There is an 8-megapixel rear sensor and a 5-megapixel selfie camera. Connectivity options include 4G LTE, Wi-Fi 802.11 a/b/g/n, GPS/ A-GPS, GLONASS, Beidou, dual-SIM, 3.5mm audio jack and Micro USB port.