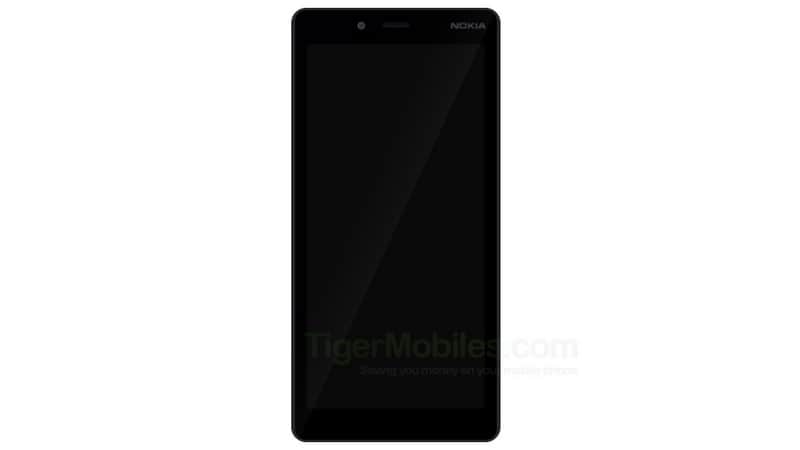 Nokia 1 Plus will feature 1GB of RAM, however, the internal storage and whether it would be expandable are not known.

HMD Global has scheduled its Mobile World Congress (MWC) event on February 24 in Barcelona. Now ahead of the launch, entry-level Nokia 1 Plus render and specifications have been leaked online. The handset will likely be the successor of the Nokia 1 Android Go smartphone which was launched last year in India for Rs 5,499.

The Nokia 1 Plus leak comes courtesy of TigerMobiles and it shows an alleged render and some of its key specifications. As per the render, Nokia 1 Plus will feature a screen with thick bezels and a single front-facing camera.

As per the leaked information on specifications, Nokia 1 Plus will feature a display with a resolution of 480 x 960, and a screen density of 213ppi and an aspect ratio of 18:9. The size of the display has not been revealed by the source. Under the hood, the phone will be powered by MediaTek MT6739WW chipset. It has a total of four Cortex-A53 cores, clocked at 1.5 GHz, along with a PowerVR GE8100 GPU, running at 570 MHz.

The report further reveals that the Nokia 1 Plus will feature 1GB of RAM, however, the internal storage and whether it would be expandable are not known. There is no information regarding Nokia 1 Plus rear and front cameras as well. In terms of the connectivity, the Nokia 1 Plus will have support for dual SIM, GPS, Wi-Fi, Bluetooth and a Micro-USB port. The device will run on Android 9.0 Pie out-of-the-box.

The price and launch date details of the phone are not known at the moment. However, the company could launch the Nokia 1 Plus, alongside the Nokia 9 PureView and Nokia 6.2 at MWC 2019 event in Barcelona, Spain.