Nintendo Switch gaming console to be launched on March 3 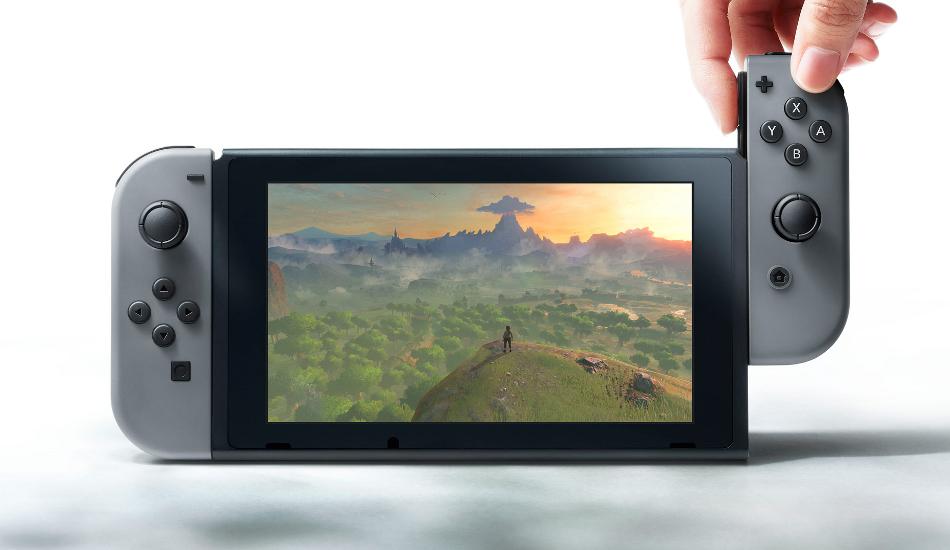 The Switch is powered by a custom Tegra processor and also includes two detachable one-hand operated controllers and a Switch Dock to connect the console to your TV.

The Japenese multinational, Nintendo has finally announced the price and availability details for its Nintendo Switch gaming console in an event today. The Switch is powered by a custom Tegra processor and also includes two detachable one-hand operated controllers and a Switch Dock to connect the console to your TV. For the price and availability, the gaming console will be up for pre-orders starting today at 9:00 AM ( 7:30 PM IST) in New York for a price of Rs $299.99 (approx. Rs 20,000). For $299.99 we get the Switch Console, the Dock, the Dock controllers (both left and right), Joy-con wrist wraps, Joy-con grip, an HDMI cable along with an AC adapter. Interestingly, the official pre-orders has been late to the party as various retailers across the globe had already listed the console for pre-order.

Coming back to the specifications, the new Nintendo Switch includes the same NVIDIA GPU as it is found on the GeForce gaming graphic cards. Talking about the controllers, each of them named as JoyCon include motion sensors and provides force feedback. The contoleers also come with an IR camera to sense the motion of the player’s hand. Further, one of them can also click screenshots on social media.

The tablet which comes with the console has a 6.2-inch (1280 x 720 pixels) multi-touch capacitive touch screen, ambient light sensor, 32GB of internal memory with a support of microSDXC cards. To further up the gaming environment, one can link up to eight consoles together to play both online or with each other. The battery on the Switch can last up to six hours in a single charge and rest will depend on the type of games you play on the console.

Now for the games, we get game cards which are basically cartidges to be inserted in a dedicated slot which unfortunately cannot take in the cartidges from Nintendo 3DS. Further, one can also buy the digital versions of games from Nintendo eShop or from the company’s official website. Some of the famous games announced for the console are EA Sports’ FIFA, Xenoblade 2 Fire Emblem Warriors, Shin Megami Tensei, The Elder Scrolls V: Skyrim, The Binding of Isaac: Rebirth,NBA 2K18 etc.