It is the first phone till date to have a flash for the front camera. 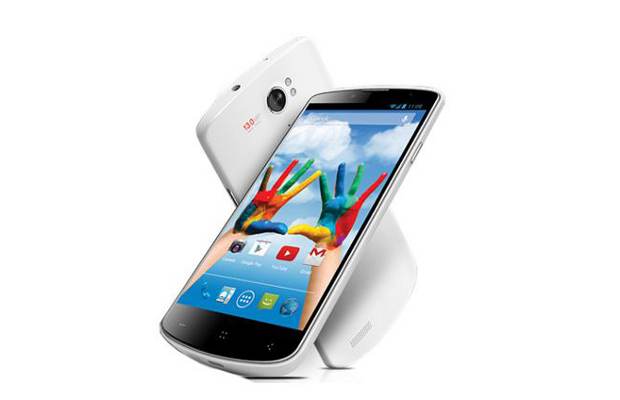 The Titanium X has 13 megapixel auto focus rear camera with dual flash and a 5 megapixel front camera. There is a flash in the front as well to help the front camera to take pictures in low light – a first for any smartphone.