The Nextbit Robin which was launched last year in India for Rs 19,999 has now been spotted on GFXBench benchmarking website with the Android Nougat operating system. This simply implies that the company is perhaps testing the latest software and may release the same for the devices soon.

The specs in the GFX listings are the same which were revealed at the launch time except now it shows Android 7.1.1 Nougat in the Operating System section and 64GB internal storage. The device was originally launched with Android 6.0 Marshmallow operating system and 32GB internal storage. 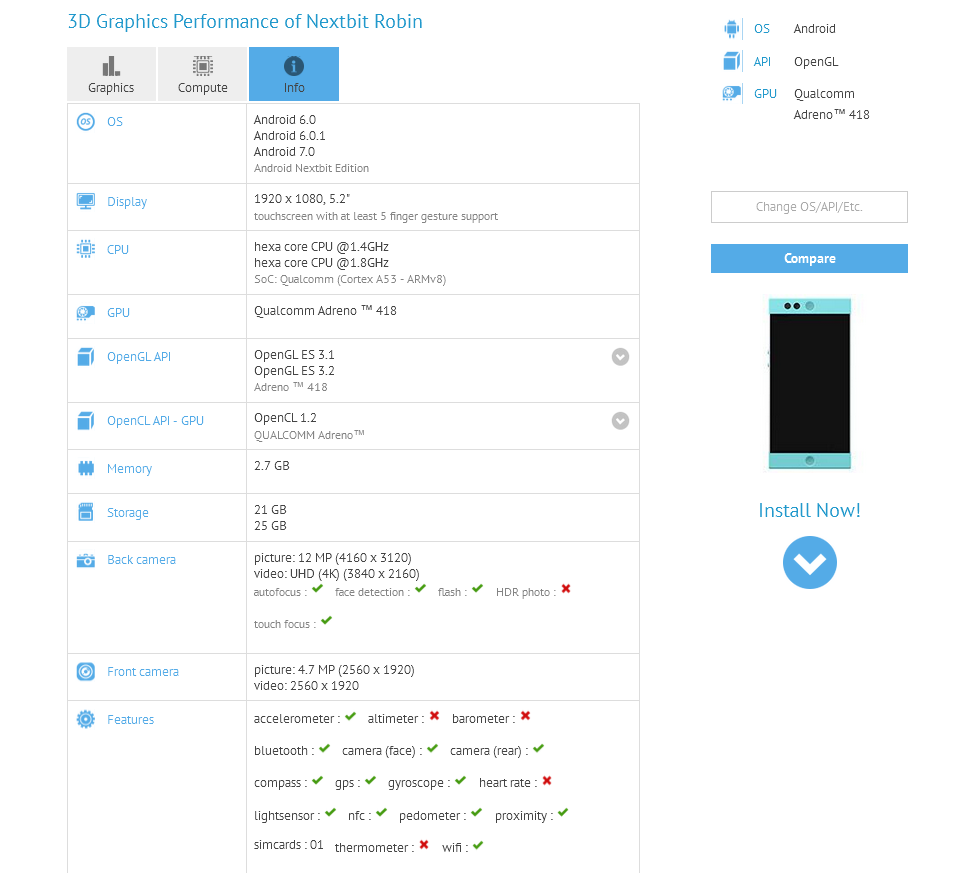 As per the GFX listing, Nextbit Robin has a 5.2-inch display that has HD (1080×1920 pixels) resolution and 5 finger gesture support. Besides, it has a 1.8 GHz hexacore Snapdragon 808 processor, 3GB RAM, 64 GB of internal storage, Adreno 418 GPU and Android 7.1.1 Nougat operating system. There is no information about the battery or expandable memory in the listing.

Further, the Nextbit Robin has a 13-megapixel autofocus rear camera and a 5-megapixel camera on the front for selfies. The GFX listing shows that the device has connectivity features like Bluetooth, GPS, NFC and WiFi. As per the listing, the device has an accelerometer, digital compass, light and proximity sensors.

To recall, wrapped in a plastic body, this phone comes equipped with a 5.2-inch display that has full HD (1080×1920 pixels) resolution and Corning Gorilla Glass 4. It has the powerful Snapdragon 808 processor, along with Adreno 418 GPU. The phone offers good 3 GB RAM, 32 GB built-in storage, and a micro-SD card as well. The Nextbit Robin comes with 100GB of free cloud storage space.