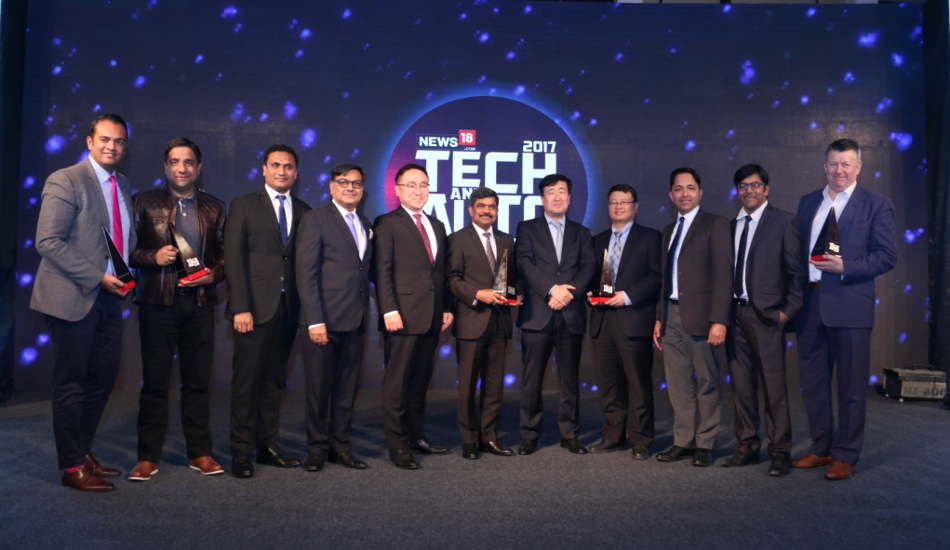 Samsung Galaxy S8/S8+ adjudged the Smartphone of the Year, Hyundai Verna announced the Car of the Year, Vijay Shekhar Sharma awarded the Tech Personality of the Year

News18.com, one of India’s top breaking news websites,held itsannual marquee offering –The Tech and Auto Awards in New Delhiamidst the presence of industry veterans.The awards ceremony celebrated and honoured Technology and Automotive products and innovations that have set the bar high in the respective sectors.

Commenting on the occasion,Manish Maheshwari, CEO, Network18 Digitalsaid, “At News18. Com, it is our constant endeavour to connect with our consumers through different channels and make a difference to their lives by offering content that is most relevant to them. Tech and Auto Awards is one such platform to bring together the two most important sectors where today’s consumer spends most time on. These awards have established themselves as the benchmark for facilitating Indian consumers in choosing the best technology and automobiles by making informed choice.”

Talking about the awards, Siddhartha Sharma, Editor-Technology & Auto, News18.com said, “News18.com has been a pioneer in leading discussions in auto and technology sectors. With the conclusion of the first tech and auto awards, we are proud to celebrate the collective achievements from these prominent consumer oriented sectors.”