It has also the ability to stream videos over AirPlay to the Apple TV.

Google has released new update for its YouTube app for iOS, with support for the iPhone 5 and ability to stream videos over AirPlay to the Apple TV. The update version 1.1.0.4136 also brings full support for the iPad with an interface specifically designed for the Apple tablet.

“More than 25 per cent of all YouTube watching happens on mobile. This past September you got the YouTube app for iPhone and iPod touch to make it easier to find and share the videos and channels you love on YouTube, and you made us the number 1 free app in the App Store for two months. Since then, we’ve been hard at work to improve the app based on your feedback,” says Google’s Horia Ciurdar in a blog post. 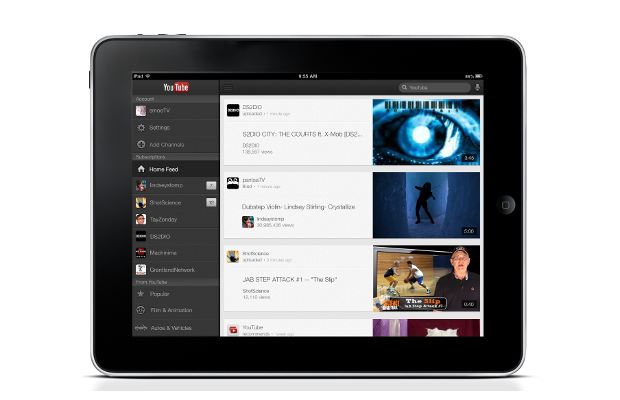 The updated YouTube for iOS brings ‘enhanced’ AirPlay support, allowing users to shoot their videos over to their Apple TV. According to Google videos now start faster and play more smoothly. Google has improved voiceover support for users with visual impairments.

Apple had removed Google’s default YouTube and Maps apps for iOS 6. But Google soon released a standalone app that worked on the iPhone and iPod touch.