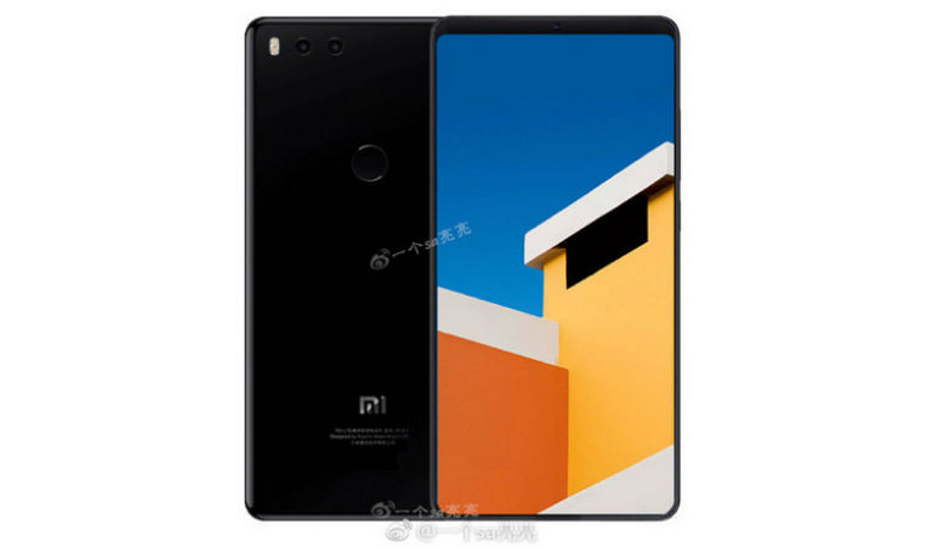 The company is reported to launch the much-rumoured Xiaomi Mi 7 smartphone at the annual tech show.

Xiaomi is reported to launch its flagship Mi 7 smartphone at the upcoming Mobile World Congress (MWC) in Barcelona. The smartphone has been a subject of leaks via various leaks and rumours already. Recently an alleged render of Mi 7 has surfaced online via a Nigerian website, Naijatechguide revealing the rear side of the Xiaomi Mi 7 smartphone. Now, again, a new render of the Mi 7 has surfaced online, courtesy Chinese website, CNMO.

The new render shows the front and back side of the smartphone. The bezels are extremely thin on left, right and bottom side. The rear of the device shows a dual camera setup and a dual-tone LED flash placed on the top-left corner. There is also a fingerprint sensor placed at the top-centre position at the back and at the bottom part, there’s Mi branding.

The earlier leaked image showed the smartphone with a glass panel which further strengthens the possibility of wireless charging support for the device. Xiaomi has already confirmed that the next flagship device will feature wireless charging. There was a dual camera setup horizontally placed at the back accompanied by dual-tone LED flash. Below the camera module, there is a fingerprint sensor at the top-centre position.

The earlier reports have suggested that the Mi 7 might come with a 6.01-inch bezel-less display and this may actually be true keeping in mind that the position of fingerprint sensor at the back. So the device can come with a full-screen display with 18:9 aspect ratio.