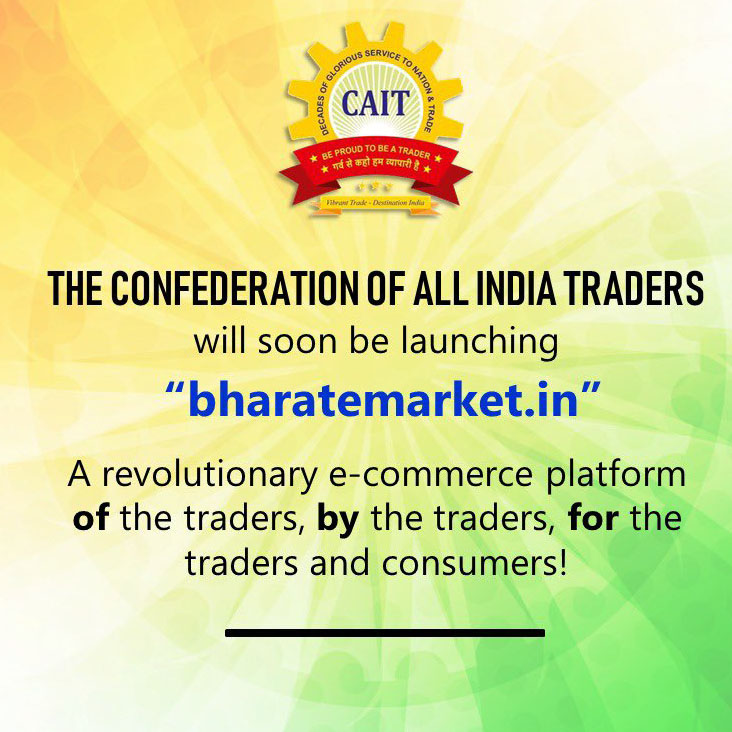 The new shopping portal will allow sellers to make money without giving any commission.

Indian offline retailers are teaming up in the coming weeks to launch their own e-commerce portal called bharatemarket which will take on Flipkart, Amazon and Snapdeal among others. The platform is being designed to help the struggling offline retail sellers to find their own space on the internet and allowing them to run the business without having to deal with middlemen.

They’ve already bought the domain name, and this is likely to go live in the coming weeks.

“The portal is a byproduct of experiences gained by Confederation of All India Traders (CAIT) while working with DPIIT to ensure supply of essential goods in containment zones during the periods of lockdown,” saidPraveen Khandelwal, Secretary-General, CAIT.

The offline retail association is looking to enrol around 1 crore retailers on the platform in the coming months, and they have already started its pilot program in cities like Prayagraj, Gorakhpur, Varanasi, Lucknow, Kanpur and Bengaluru, with many more to be added very soon. “This has now grown to 90+ cities in a matter of two weeks,” CAIT mentioned in its statement.

Their business model will be similar to how Reliance will be operating through its JioMart ecosystem which is online to offline (O2O). “Indian consumers will soon be able to order anything they require, on their phones and devices at the click of a button and have it delivered through the closest neighbourhood store, within a short time.”

CAIT has detailed the purpose of the platform, and how it will operate in the interest of the offline sellers. Seller will not be charged in commission (something that other e-commerce platforms do), assurance of genuine products/items, bringing 95 percent of the country’s retail to the internet and traders will be the sole shareholders of their business, giving them instant revenue.

The website is likely to be developed by the Indian government, but we’re not sure how someone like a Flipkart or Amazon will react to this new product, which enables offline retailers to digitise their businesses. After all, Amazon was hoping to lure offline traders to its Local Shops program which was announced a few days back, and the US-based retail giant was hoping to connect with the sellers who’re yet to digitise their business.

Having said that, it’s hardly surprising to see CAIT take this route, who’ve repeatedly questioned the competitive practices adopted by Flipkart and Amazon, who are alleged to have given preference to their partners and sellers, leaving other vendors to rely on other sources for their revenue.