New Redmi TWS Earbuds to launch on September 3 in India

Redmi is all set to host a Redmi Beat Drop event in India on Sep 3, where it will launch a new product under the audio category. 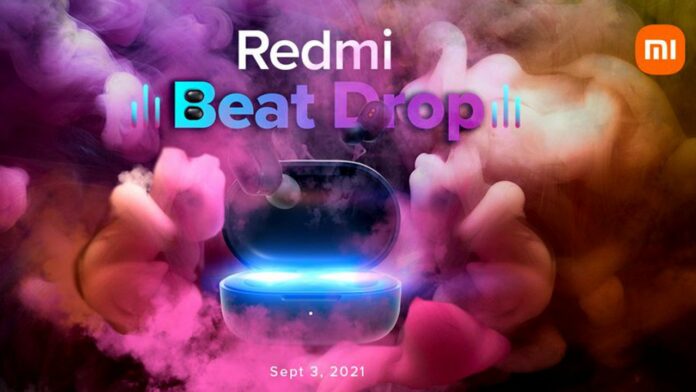 Redmi India has scheduled a ‘Beat Drop’ event on September 3, where it will be unveiling a new audio product. The company has already announced to launch the Redmi 10 Prime on the said date

Redmi has sent out media invites which state Block your calendar for the Redmi’s upcoming Redmi Beat Drop product launch event. It confirms that the product will launch on September 3 at 12pm (noon).

As per the teaser shared by the company, one product is likely to be TWS earphones which are shown in a black colour. The company has however not revealed about the product to be launched at the event.

A dedicated page for the event has also been set up on the official website as well. However, no details about the audio product are revealed at the moment. This could be Redmi AirDots 3 which was announced in China earlier this year

The development comes just after the company confirmed to launch Redmi 10 Prime on September 3. The phone will be sold on Amazon.in, in addition to mi.com and offline stores.

The device might come with a 6.5-inch Full HD+ IPS LCD display. The display might further be able to support 90Hz refresh rate.