Angrezi Medium was one of the films to be affected by Coronavirus outbreak.

The lockdown in the country due to the COVID-19 outbreak is severely affecting the film industry. The theatres have been shut down since mid-March and no new film are releasing which has led to huge losses to film producers as well as theatre owners.

While some of the major movie releases have been pushed back indefinitely, others have started getting released on OTT platforms. Many filmmakers are now gearing up to release their movies on major OTT platforms, instead of waiting for the theatres to re-open. For those who don't know, an over-the-top (OTT) media service is a streaming media service offered directly to viewers via the internet. OTT bypasses cable, broadcast, and satellite television platforms, the companies that traditionally act as a controller or distributor of such content.

Angrezi Medium was one of the films to be affected by Coronavirus outbreak. The movie was released initially in theatres on March 11 and was supposed to be re-released in theatres. But due to the lockdown extension, it was later released on the digital platform Disney+ Hotstar.

Another movie - Ghoomketu along with some regional movies have been also decided for streaming platform release instead of the theatrical release. Ghoomketu featuring Anurag Kashyap and Nawazuddin Siddiqui will be available for streaming on ZEE5 from May 22 onwards. Akshay Kumar and Kiara Advani starrer, Laxmmi Bomb is also expected to get a digital release on Disney+ Hotstar. 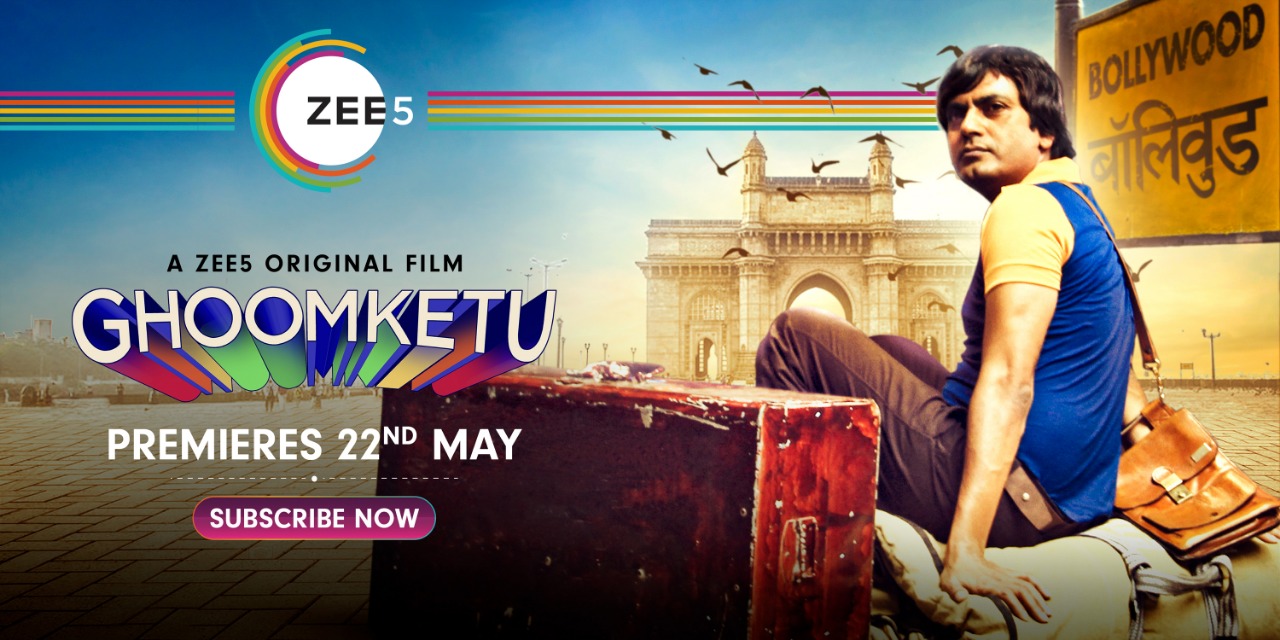 Theatre owners are discouraging filmmakers to release their films to streaming platforms instead of waiting for theatre releases. The move to release the two films on the streaming platform has been criticised by theatre chains, INOX and PVR, who said that such a step goes against the tradition of films hitting the cinema houses first. Also, it is feared that footfall will decrease once theatres do open even if things do get better and the lockdown is lifted.

INOX, said in a statement, "INOX would like to express extreme displeasure and disappointment on an announcement made by a production house today, to release their movie directly on an OTT platform by skipping the theatrical window run. The decision of the production house to deviate from the globally prevalent content windowing practice is alarming and disconcerting."

It further said "In these troubled times, it is disturbing to see one of the partners not interested in continuing the mutually beneficial relationship, especially when the need of the hour is to stand shoulder to shoulder with each other, and bring the film industry back to its vibrant best. Such acts, though isolated, vitiate the atmosphere of mutual partnership and paint these content producers as fair-weather friends rather than all-weather life-long partners." PVR Cinemas has also criticised the decision to release films online.

STATEMENT BY INOX ON A PRODUCTION HOUSE’S ANNOUNCEMENT TO RELEASE THEIR MOVIE ON AN OTT PLATFORM BY SKIPPING THE THEATRICAL RUN pic.twitter.com/NfqoYV2QRx

However, many people from film fraternity including Bollywood actors, filmmakers have supported digital release of films. Filmmaker Hansal Mehta said it is up to the producer to decide whether he wants to release his film on an OTT platform or in theatres and exhibitors should not feel threatened by it. "The producers and the director want the best for their film. One wants investments to be protected the other wants her/his film to be experienced by maximum people over the longest duration of time. Why should exhibitors feel threatened? You win some, you lose some," Mehta wrote on Twitter.

"The big screen will not get replaced by OTT. Audiences will have more choice. They will go to the theatres. Many films will find their audience on OTT. But that is the future. Right now it is a battle for survival. If producers survive exhibitors will thrive. Live and let live," he added.

Actor Taapsee Pannu has also backed the decision of the makers of "Gulabo Sitabo" and "Shakuntala Devi" to directly release their films on Amazon Prime Video. "I guess we are at the brink of witnessing a paradigm shift. All I can say is it's going to have a lot of collateral. For good for some and bad for others. Let's just go back to the saying 'change is the only constant'. The question is who makes the change 'worth it'," she said on Twitter.

Director Sanjay Gupta, said on Twitter, “A film is ready for release funded by the producer himself. He doesn’t have deep pockets like the studios. With absolutely no clarity on theatrical release he is left with no choice but to go straight to digital. It’s an exception & not the new norm.”

Producers Guild of India issued a statement supporting the OTT releases. "This is a time for the entire film industry to come together with empathy and support for the difficult predicament that each of our constituents finds themselves in - from producers, distributors, exhibitors, daily wage earners and technicians, to the thousands of people whose lives and livelihoods are in some way dependent on our industry. Statements that call for 'retributive measures'' against producers who decide to take their movies direct to OTT platforms - especially at a time when cinemas are unfortunately closed for the foreseeable future - do not lend themselves to a constructive or collaborative dialogue on the way forward for the industry," the guild said in a statement, reported PTI.

Zee5 to release its next Ghoomektu on May 22