The upcoming iQOO Z5 phone will feature a 6.58-inch display which is expected to support a Full HD+ resolution. 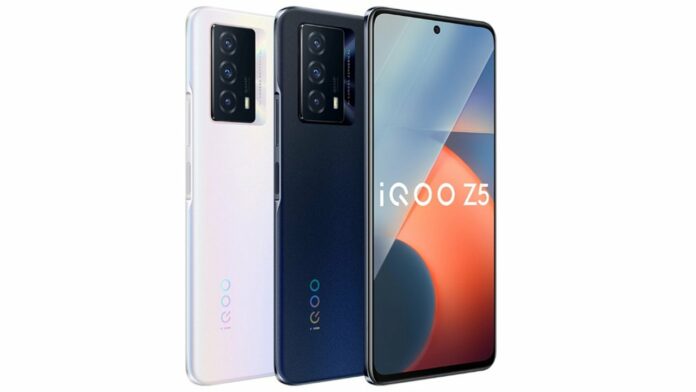 The iQOO Z5 5G was launched back in September last year in India. It has already launched the iQOO Z6, Z6 Pro, and Z6 44W smartphones in India. Now a new iQOO Z5 series phone is expected to launch in China soon.

According to tipster Digital Chat Station on Weibo, the company plans to launch a new iQOO phone in China soon. Because the company already sells the iQOO Z5 5G and Z5x in Chinese market, this device could be dubbed the iQOO Z5 Pro 5G.

As per the tipster, the upcoming iQOO phone will feature a 6.58-inch display which is expected to support a Full HD+ resolution. This hints that it may come with a side-facing fingerprint scanner.

Further, the leak reveals that the phone will pack a humungous 6,000mAh battery. The tipster claims that it will carry support for 44W fast charging. The device will measure 9.21mm in thickness. The report says that the phone will likely be powered by a processor that is competitive to the MediaTek’s Dimensity 8000 processor.

As of now, there is no official information regarding this upcoming smartphone. The company has not officially revealed the specifications of the phone.