Autodesk has released an application that converts pictures into 3D models, making it easier for engineering students to learn 3D modeling.

Renowned software maker Autodesk has launched an application, named ‘123D Catch’, for iPad that converts pictures into 3D models. This free app lets users take images from their iPad camera and upload them to the Autodesk cloud service that transforms the images into a 3D model.

The Autodesk 123D Catch app allows users to capture the world around them in 3D while on the go. Imagine the potential for photos of vacation memories, family or other mementos brought to life in 3D. Captures made in 123D Catch can also be used as the foundation for further 3D modeling, 3D animation, or used to create a 3D printed object.

As a part of the 123D family of products, 123D Catch users can take advantage of a connected group of Autodesk software, fabrication services for 3D printing and laser cutting, and a community of like-minded individuals focused on 3D design and personal fabrication. 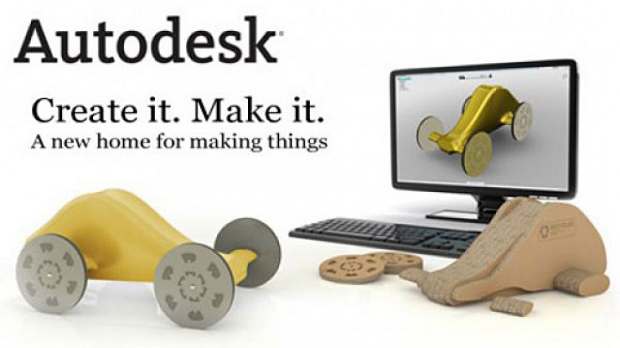 Autodesk also introduced a new feature for 123D products called My Corner, which provides cloud storage for all 123D design projects while connecting 123D product workflows. This feature will enable users to share files between products-123D, 123D Catch, 123D Make, and 123D Sculpt- to explore their creative ideas, or even use that model to create a physical object through fabrication services. Users can also share their projects and explore other people’s creations from an online gallery that supplies an abundance of ideas for creative projects.

“The Autodesk family of 123D products breaks down barriers between the physical and digital, empowering users to customise the world around them,” said Samir Hanna, vice president, consumer products, Autodesk. “The launch of 123D Catch for iPad allows anyone to capture, explore, experiment and experience the 3D design and personal fabrication process.”

Autodesk 123D Catch app is exclusively available through the App Store for iPad at www.itunes.com/appstore.