Motorola India will be launching one of its smartphones in the G lineup. The Moto G6 Play will come with a mammoth 4,000mAh battery and will be available in Gold and Indigo variants. The device will be a Flipkart exclusive and can be purchased in India for an estimated price of Rs 13,000.

A month after announcing the G6 trio in Brazil, Motorola is all set to launch its latest G-series smartphone in India today. A week after the Lenovo-owned smartphone company teased about the Moto G6 and G6 Play, Motorola India will be launching one of its smartphones in the G lineup and it’s likely to be the Moto G6 Play that will be introduced first to the Indian market.

The successor to the Moto G5, the G6 Play is Motorola’s newest addition to the entry-level smartphone segment a comes with a 5.7-inch IPS LCD display with a resolution of 1440 x 720 pixels and 18:9 aspect ratio. In contrast to the G6’s glass back design, the Moto G6 Play is designed to feel solid in the hands but is made of plastic with some inspiration from the Moto X4.

On the inside, the Moto G6 Play is powered by an octa-core Qualcomm Snapdragon 430 SoC with up to 3GB of RAM and 16GB/32GB storage options. Unlike its older sibling, the G6 Play only equips a single 13-megapixel primary camera with a fixed f/2.0 aperture and an LED flash. There’s also an 8MP lens on the front for selfies and the same supports up to 1080p video recording with an LED flash as well. 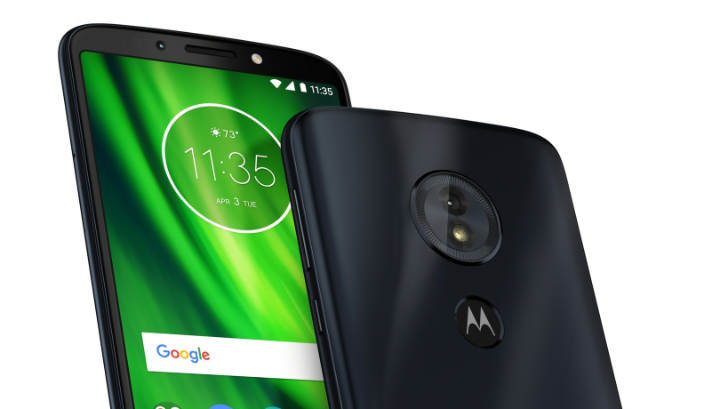 In contrast to the Moto G6, the G6 Play comes with a rear-mounted fingerprint scanner and it’s well positioned on the Moto dimple, giving the latter some operational values to the traditional look. The device runs on the not-so-latest Android 8.0 Oreo with several Moto gestures and tweaks. Surprisingly the device also equips the largest battery amongst the others in the G-series with a 4,000mAh power unit, which will clearly last you top to two days on moderate use.

The Moto G6 Play will be available in Gold and Indigo variants and can be purchased in India for an estimated price of Rs 13,000.

Samsung also seems geared up for an event today in Mumbai and we expect the release of their budget J-series smartphones and with that said, Xiaomi is expected to face the heat anytime soon.