Motorola seems to have yet another Android smartphone, codenamed Shamu, in its kitty. The phone was listed on GFXBenchmark’s website with few basic information but it has been removed now. Note that Motorola is also speculated to be working on the next generation Google Nexus device currently being referred as Nexus 6.

As per the listing on GFXBenchmark’s website, Motorola Shamu was not able to pass the GFXBenchmark test and was not supporting it completely. Also no information about the device could be extracted from the smartphone. 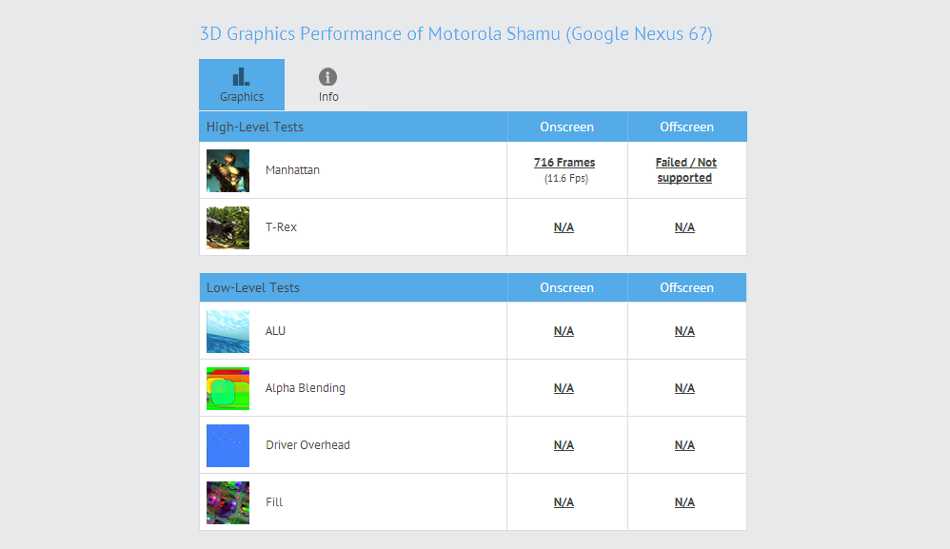 Several codenames have been thrown around round for the upcoming Nexus devices and the Motorola Shamu now joins that list as well. The Shamu is said to have a full HD display and the quad-core Qualcomm Snapdragon 801 mobile chipset. No other information was available. Even Google is yet to announce the next version of Android update, currently called Android L.

Unlike many other Quad-HD devices, the display will continue to be Full HD for the Nexus devices. We hope that the next Nexus device does bring along larger battery capacity and better imaging features than all the predecessor models.