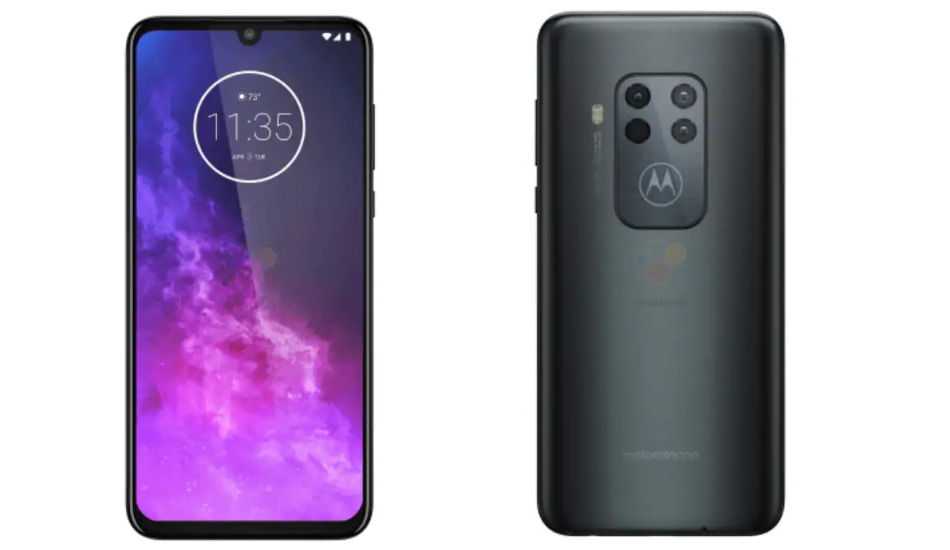 The Motorola One Zoom smartphone is rumoured to sport a 6.2-inch Super AMOLED display.

We already know that Motorola is working on its Motorola One Action Android One smartphone. Now apart from this one, the company is also working on Motorola One Zoom whose specifications have now leaked online.

As per the report of WinFuture, the Motorola One Zoom will be equipped with a quad rear camera setup consisting of a 48-megapixel primary camera with Quad Pixel technology that combines four pixels into one for capturing 12-megapixel shots in low-light conditions.

Apart from the main sensor, there will also be a wide-angle sensor, a telephoto lens to offer 5x hybrid zoom and a depth sensor. As per the image shared by the website, the phone will sport a waterdrop-style notch up front, with minimal bezels on all sides. The rear of the phone shows the quad-camera setup at the top in a square-shaped format. Below the camera setup, there is a Motorola logo as well.

Talking about Motorola One Action, the phone is expected to come with a tall 21:9 FHD+ screen which will be a 6.3-inch display with a resolution of 2520×1080 pixels. The One Action will run on Android 9 Pie under the Android One program and it will be powered by Exynos 9609 chipset.

The phone is also rumoured to come in three storage variants – 3GB/32GB, 4GB/64GB, and 4GB/128GB. Motorola One Action will have a 12.6MP on the hole-punch display for selfies and will feature NFC for connectivity. The device will be backed by a 3,500mAh battery which will possibly come with 15W TurboPower fast charging.