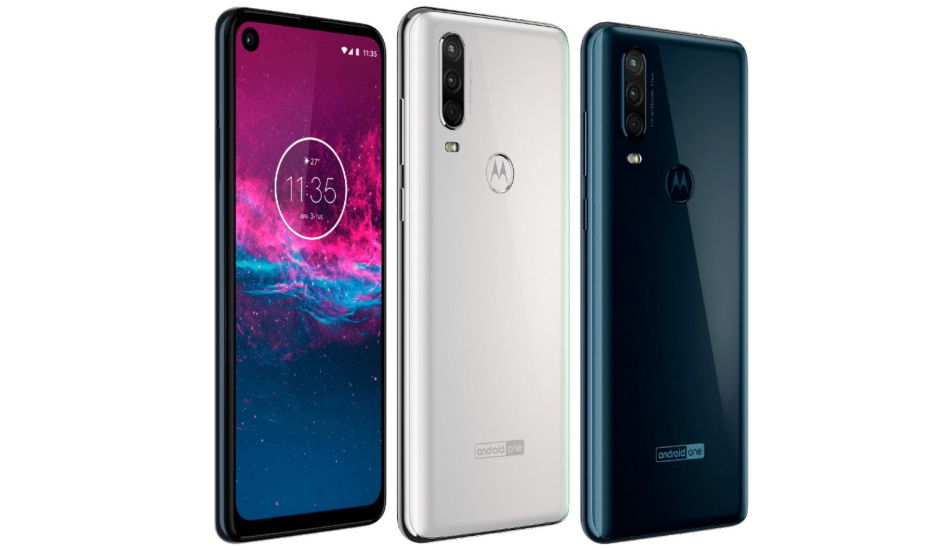 Motorola One Action will feature a punch-hole cutout on the top left corner of the display which will house the front camera.

The press renders via tipster Ishan Agarwal show the device’s front alongside two colour options for the back: white and blue/green. The render has revealed that the device will feature a punch-hole cutout on the top left corner of the display which will house the front camera.

The back of the device shows that the smartphone will feature triple camera setup out of which, two of the three shooters will have 12.6MP resolution. The “Action Cam” label is present on the camera system, which hints that one of the three snappers will be ultra-wide with a 117-degree field-of-view.

The Motorola One Action is expected to come with a tall 21:9 FHD+ screen which will be a 6.3-inch display with a resolution of 2520×1080 pixels. The One Action will run on Android 9 Pie under the Android One program and it will be powered by Exynos 9609 chipset.

The phone is also rumoured to come in three storage variants – 3GB/32GB, 4GB/64GB, and 4GB/128GB. Motorola One Action will have a 12.6MP on the hole-punch display for selfies and will feature NFC for connectivity. The device will be backed by a 3,500mAh battery which will possibly come with 15W TurboPower fast charging.