Motorola One with top notch, glass back and dual rear cameras leaked online 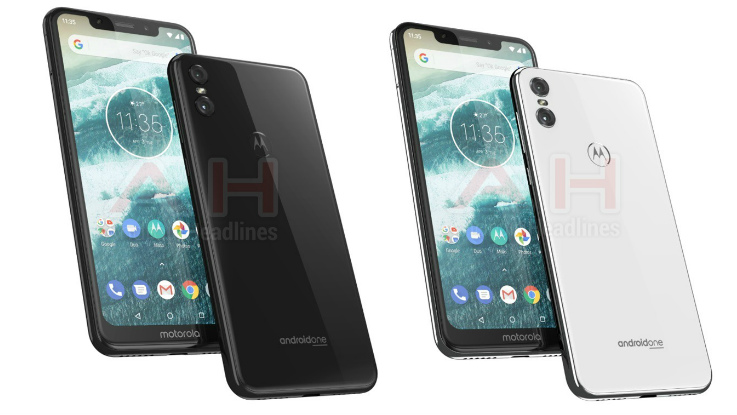 The renders reveal that the phone will come in two colour options including Black and White. Interestingly, the leaked pictures reveal that the smartphone will look almost identical to the Motorola One Power. The front panel of the device resembles One Power as it bears the same notch on the top.

The front panel of the device resembles One Power as it bears the same notch on the top that houses front-facing camera, earpiece and Motorola branding at the base. The back panel is made of glass and one can clearly see vertically-aligned dual rear cameras. However, unlike Motorola One Power, the dual rear cameras are separated and not present in one module. The back also houses Moto’s famous batwing logo, which might double as a fingerprint sensor. Further, there is an Android One branding at the base, meaning that it will be a part of Google’s programme.

However, apart from this, there is no information available about the device’s specifications, pricing and it still not known when Motorola will launch the said smartphone. Meanwhile, Motorola has scheduled an event on August 2, where it is expected to launch the Moto Z3 and Motorola One Power. The company has scheduled a launch event at Motorola’s HQ in Chicago, USA at 2 pm local time.