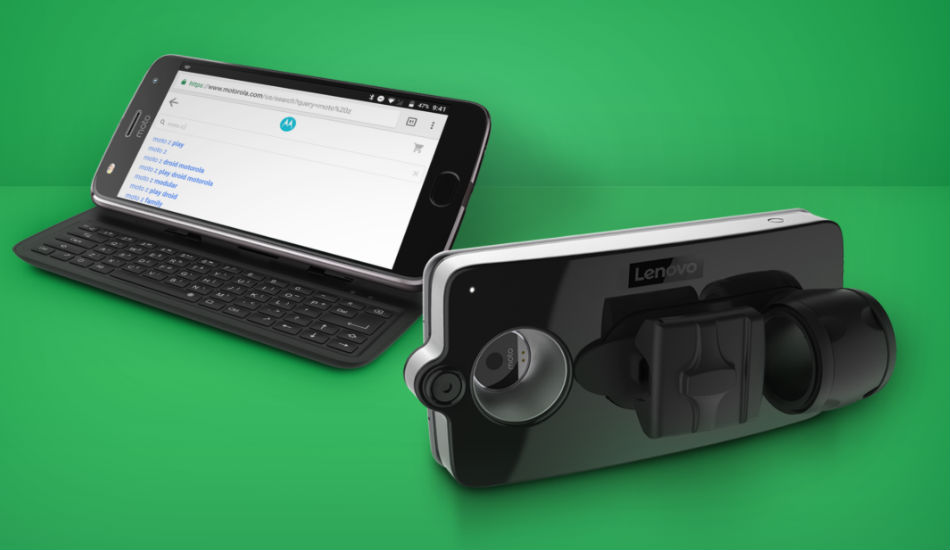 Starting with Lenovo Vital Moto Mod, it will be available for $395 in April. The new mod is meant to keep a check on your health. Through this mod one can measure your heart rate, respiratory rate, Pulse Ox, core body temperature, and for the first time, accurate systolic and diastolic blood pressure from the finger. This makes it a smart way to measure one’s health.

Coming to the Livermorium Slider Keyboard Moto Mod, it will be available at a price tag of $99 later this winter. The Livermorium Keyboard Moto Mod gives you a full QWERTY slider keyboard and a screen that can tilt up to 60 degrees.It is also the grand prize winner of the first Transform the Smartphone Challenge.

Moto Mods can be attached to the back of the smartphone for an enhanced experience. As of now, Motorola was offering a boom box, a projector and a camera with 10x zoom capability was available. As far as the renting facility is concerned, as of now, it is available in top eight metros only.