Motorola files patent for foldable smartphone that transforms into a tablet

Lenovo-acquired Motorola now joins the likes of Samsung, Apple, and Microsoft to develop the next foldable smartphone for the future.

Seems like everyone is developing their own foldable phone and from the looks of it, Motorola appears to the recent most company to come up with a design that will best suit the foldable device concept. What sets Motorola’s idea different from the others is the inclusion of a case that is housed with the device itself.

A patent filed on September 2016 with WIPO reveals a Motorola device that unfolds out to form a tablet, which now appears to have been approved as per LetsGoDigital. There’s a main camera at the top and a speaker at the bottom. The hinge in the middle will allow the regular sized smartphone to be unfolded to a full sized tablet, thus featuring two screens that can be interacted with. 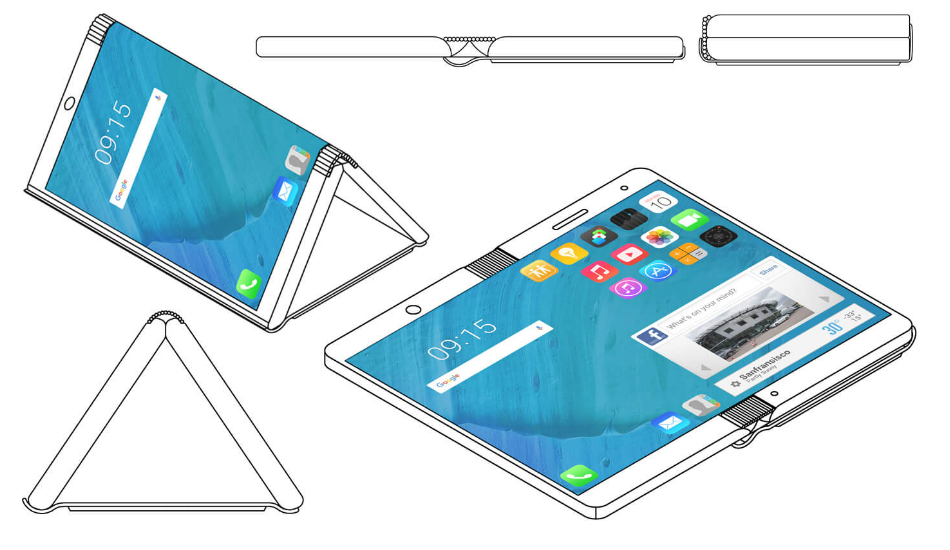 The Lenovo-owned company is also looking to employ a case which is attached to the device by default. Not only will the case act as a protection for the screens that are due for exposure due to the folding-out design, it will also allow a user to ‘tent’ the smartphone on a flat surface so two displays can be accessed when seated on both sides of the tablet.

There’s also a possibility of NFC and wireless charging which will again be due to the addition of the casing, ‘cause the two-display form factor reduces the means to employ wireless charging. 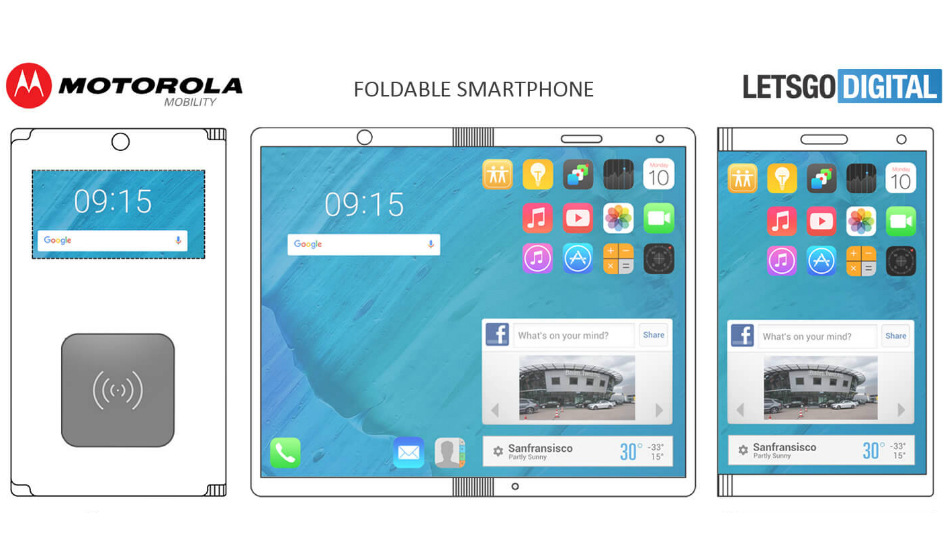 We still have no idea whether such a phone will be released in the near future and if Motorola is actually developing the idea. Once made a reality, the Motorola device will join ZTE’s Axon M if Lenovo manages to release it way before Samsung or Apple does.