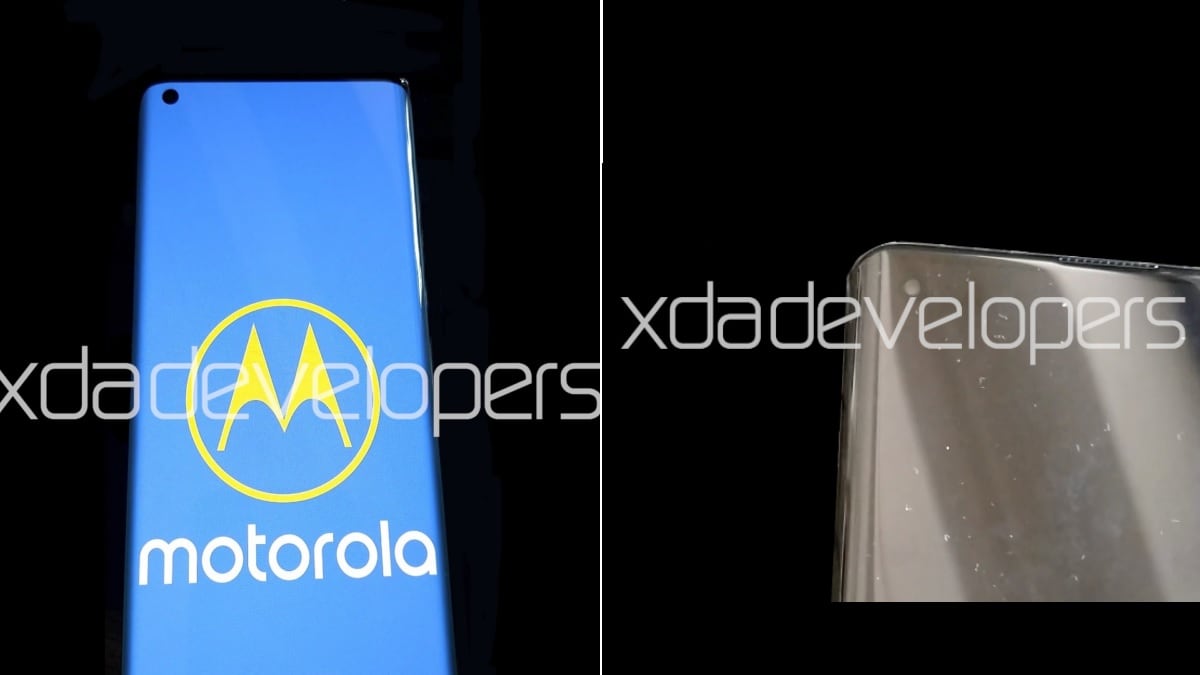 Motorola Edge+ will be powered by the Qualcomm Snapdragon 865 SoC and it will reportedly come in 8GB and 12GB RAM variants.

Now live images of Motorola Edge+ have surfaced online revealing a curved display with a hole-punch camera. Additionally, some of the key specifications of the phone have also surfaced online.

The alleged live images and specifications have been leaked by XDA Developers. The images show a curved display but the display is not quite as curved as the one we have seen on the Huawei Mate 30 Pro or Vivo Nex 3 5G. For the curved display, Vivo and Huawei have ended up compromising physical buttons to make more room. The Motorola phone will retain the physical volume buttons as well with the curved display.

Motorola Edge+ will be powered by the Qualcomm Snapdragon 865 SoC and it will reportedly come in 8GB and 12GB RAM variants. The phone is codenamed “burton” and it will come equipped with a 5,170mAh battery, but it is not known if it will support fast charging or not. The phone will ship with Android 10 out of the box. Apart from this, the leak does not reveal anything on the camera setup of the phone.