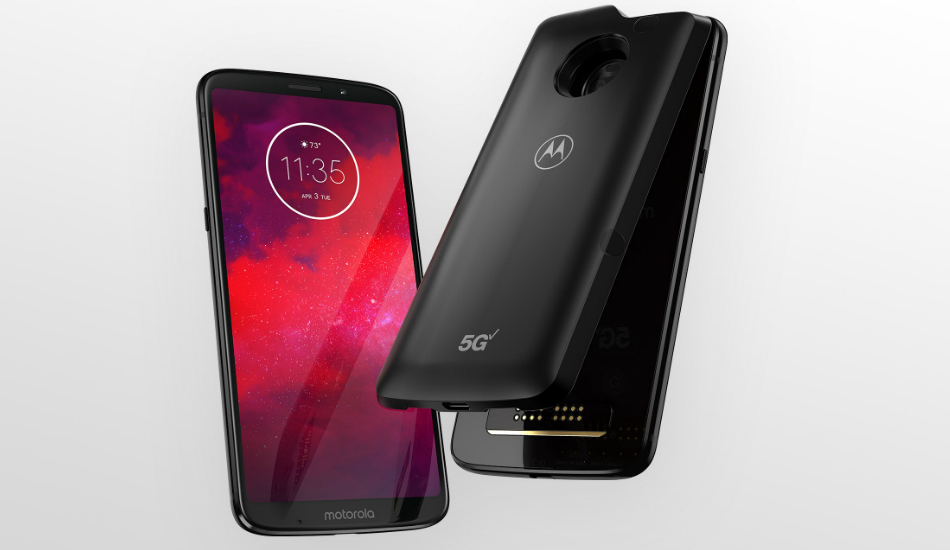 Looks like Motorola is gearing up to release Moto Z4 smartphone in the coming days, the successor of last year’s Moto Z3. The famous tipster Evan Blass has shared the press image of Moto Z4 smartphone through its twitter account, showing the phone from all angles.

Looking at the image, one can clearly see the phone bears a waterdrop notch display design, a single rear camera module with dual-tone dual LED flash and supporting Moto Mods. It also shows a USB-C port, 3.5mm audio jack on the bottom.

As per previous reports, the smartphone is said to feature a 6.4-inch Full HD+ OLED display and would be powered by the Snapdragon 675 Octa Core SoC. It will have a splash-resistant body and would house a in-screen fingerprint sensor. The Moto Z4 will run on Android 9 Pie operating system with Motorola’s Moto Display, Moto Actions, Moto experiences and might come equipped with 3,600mAh battery with TurboCharge fast charging technology.

For the optics, it will have a single 48MP rear camera and a 25MP front facing camera with Group Selfie mode. The camera tiped to support Quad Pixel technology for taking intense shots in dim light condition. The camera is said to include AI mode and Night Vision mode. The smartphone might come in two different versions- 4GB RAM with 64GB storage and 6GB of RAM with 128GB storage. Further, the smartphone would support a 5G connectivity through dedicated Moto Mod.