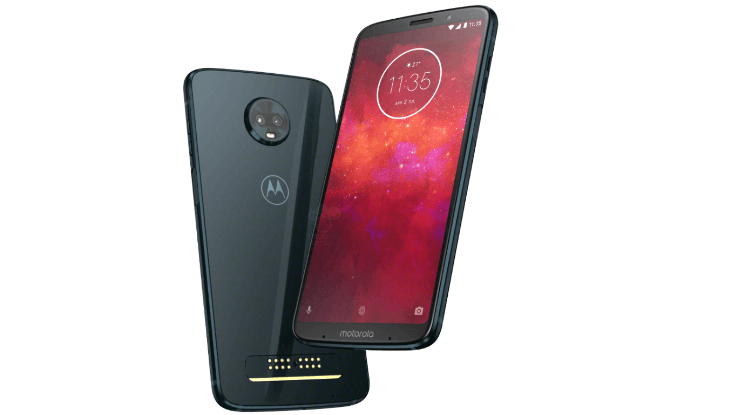 The official renders was shared by famous tipster Roland Quandt and it reveals the front and back panel of the device. Starting with the front, it is certain that the upcoming device will feature a tall display with an aspect ratio of 18:9, which Motorola recently debuted with Moto G6 series.

Motorola’s upcoming Moto Z3 Play is all set to be unveiled at an event on June 6 in Brazil. The smartphone has been subjected to various leaks in the past and newest one reveals the official renders of the latest device.

The official renders was shared by famous tipster Roland Quandt and it reveals the front and back panel of the device. Starting with the front, it is certain that the upcoming device will feature a tall display with an aspect ratio of 18:9, which Motorola recently debuted with Moto G6 series. There is a front-facing camera along with an earpiece, while at the base, there is Motorola logo flanked between two microphones. 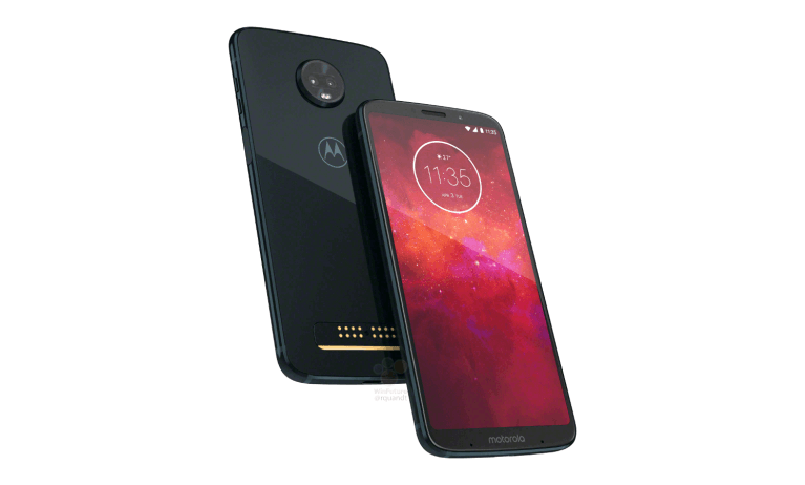 The back of the device comes loaded with a glass design in all probability. There is a dual-camera setup at the top-centre position is looks similar to Moto X4. At the base, there are magnetic pogo pins that will be used to attach different Moto Mods. The right houses volume controls and power on/off button, which also houses a fingerprint sensor. This will be Moto’s first smartphone that will come loaded with fingerprint sensor placed on the edge. As of now, only Sony was offering fingerprint sensor on the power on/off button with its Xperia series.

Recollecting some key specifications, The smartphone will feature a 6.0-inch Full HD+ Max Vision AMOLED display, with a screen resolution of 2160 x 1080 pixels and an aspect ratio of 18:9. The phone will be powered by Qualcomm Snapdragon 636 processor along with 4GB of RAM and 32GB of internal storage. 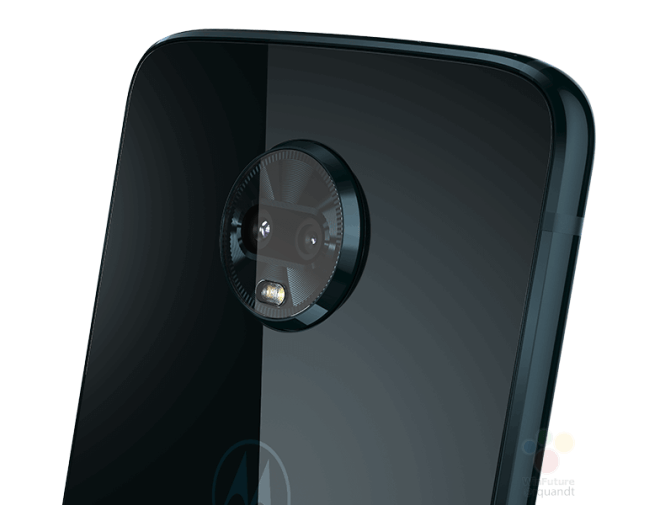 On the camera front, there will be two 12-megapixel sensors at the back out of which one could be meant for low-light. For the front, there will be an 8-megapixel shooter for selfies and video calling. The internal document hints that the smartphone will come portrait mode in both front and back cameras along with spot colour mode, cutout mode scan text and manual mode.

The smartphone will run on near-stock experience and it comes loaded with some slew of features like Moto Display, Moto Experiences, Moto Voice, face unlocking and more. Interestingly, the smartphone will come loaded with a side-mounted fingerprint sensor, which is pretty common in Sony devices. It will feature a 3,000mAh battery and it could be the slimmest premium smartphone, as touted by the company