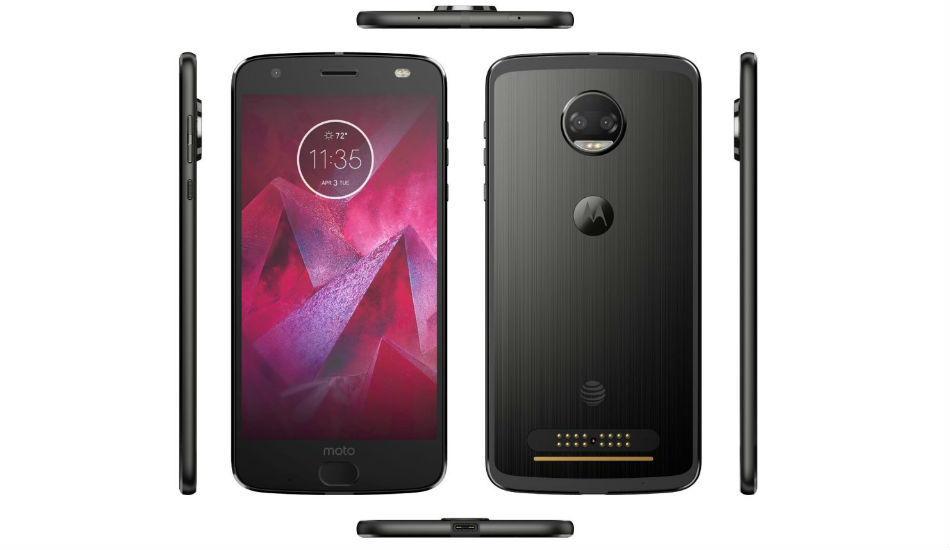 the smartphone features a 5.5-inch Quad HD POLED display with a screen resolution of 2560 x 1440 pixels.

Lenovo’s owned Motorola is all set to launch its flagship device, the Moto Z2 Force, in India. The company will be live streaming the event on its official channel at 12:00 PM.To recall, the smartphone was launched in July last year for the global market and it took almost eight months for Motorola to bring the device to India. As for pricing is concerned, one could expect it to be priced around Rs 40,000 to give a stiff competition to players like OnePlus, Samsung and Honor. The major highlight of the smartphone is the ShatterShield display, which it claims to be shatterproof. The phone is made from 7000 series aluminium and is just 6.1mm thick. It weighs just 143 grams. Just like other Moto Z smartphones, there are pogo pin connectors to connect different Moto Mods. The device support all the existing Moto Mods as well. The smartphone bears a dual-camera setup, which comes with a combination of 12-megapixel sensors with enhanced depth of field for creating a bokeh effect. The sensors come with aperture ƒ/2.0, 1.25um, depth detection and depth effects, zero shutter lag (ZSL), phase detection auto focus (PDAF), laser auto focus, closed loop actuator and colour correlated temperature (CCT) dual led flash. The device can capture 4K videos at 30fps. For the front, there is a 5-megapixel camera with aperture f/2.2, wide angle lens, flash and auto night mode.

Jumping straight to the specifications part, the smartphone features a 5.5-inch Quad HD POLED display with a screen resolution of 2560 x 1440 pixels. Under the hood, you will find the latest octa-core Qualcomm Snapdragon 835 mobile platform which is clocked at 2.35GHz. The phone is backed by a 4GB of RAM and 64GB of internal storage, which can be further expanded up to 2TB via microSD card.

The Moto Z2 Force runs on the latest Android 7.1.1 Nougat and is backed by a 2730mAh battery, which is accompanied by a 15W TurboPower charger. The phone also houses a fingerprint sensor, which also supports gesture features as well. On the connectivity front, it supports 4G VoLTE, Bluetooth 4.2 (after Android O update v5.0), WiFi 802.11 a/b/g/n/ac 2.4 GHz + 5 GHz with MIMO, NFC, A-GPS and in some regions, the dual-SIM model will be available as well.