Moto Tab G70 will launch in India on January 18. It will be sold exclusively on Flipkart Big during Saving Days sale. 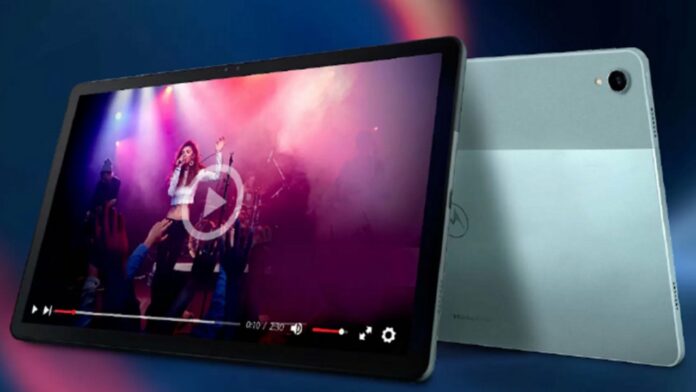 Motorola is gearing up to launch the Moto Tab G70 in India on January 18. Recently, the upcoming launch of the tablet was teased in the country and now the launch date has been revealed.

Moto Tab G70 will be launched during Flipkart’s Big Saving Days sale. There will be 10% discount on purchasing Moto Tab G70 via ICICI Card.

A microsite of the upcoming tablet has already gone live on Flipkart. It confirms its availability on the e-commerce portal after its launch in the country. The listing has revealed the specifications of the tablet.

As per the Flipkart listing, the Moto Tab G70 will come in Wi-Fi and Wi-Fi + Cellular variants. It will come in Modernist Teal colour. The tablet has thick bezels around display. At the back, there will be a single camera and flash. On the right side, there are volume buttons. The bottom par has two speaker grilles and a USB Type-C port while the top has a power button.

The tablet will come with an 11-inch 2K LCD display with 2000 x 1200 pixel resolution. In addition, there will be 400 nits of peak brightness and TUV certified eye protection. Under the hood, it will be powered by the MediaTek Helio G90T SoC. There will be 4GB of RAM and 64GB onboard storage that can be expanded up to 1TB via a microSD card.

Moto Tab G70 will be equipped with a 13-megapixel rear camera. In addition, there will be an 8-megapixel on the front for video calls and selfies. It will be backed by a 7,700mAH battery with 20W rapid charging support.

The tablet will run Android 11 out of the box. It will feature Dolby Atmos powered quad speakers. Besides, the tablet will support connectivity features like Wi-Fi 802.11ac, Bluetooth 5.1, a USB-C port, and a pogo-pin for connecting an optional keyboard.