Moto G9 vs Redmi 9 Prime: Which One’s a Better Pick?

Lenovo owned Motorola launched the Moto G9 today in India. The phone trades blows with some of the recent budget Realme and Xiaomi devices, especially with Redmi 9 Prime. In this article, we’ll be comparing the Moto G9 with the Redmi 9 Prime to see which one’s an overall better offering under Rs 12,000 segment. 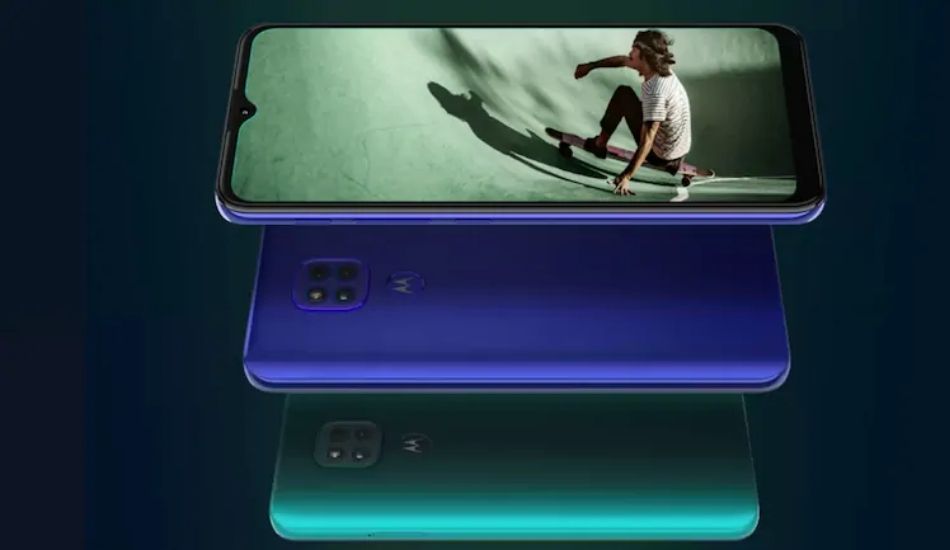 Starting with the main component of any phone, the G9 comes with an HD+ 20:9 1600×720 pixels resolution display which Moto calls “Max Vision display”.” In contrast, the Redmi 9 Prime is one of the first phones in the market to offer a Full HD+ IPS display under Rs 10,000 which crushes the G9’s display. Both the phones have a waterdrop notch, but the 9 Prime’s notch and the chin are less aggressive when compared to G9’s chin and notch which take up quite a bit of screen away.

The Qualcomm Snapdragon 662 is a great mid-range chipset but is no match to the Mediatek Helio G80 found on the Redmi 9 Prime. The Day to day performance will be better on the Redmi 9 Prime with the phone also capable of running games smoothly. Don’t get us wrong the Snapdragon 662 is a great SoC for day-to-day tasks but, it’s just not up to the G80 mark.

The Moto G9 has only one variant that comes with 4GB RAM and 64GB storage whereas the Redmi 9 Prime comes in two variants – 4GB RAM and 64/128GB storage. 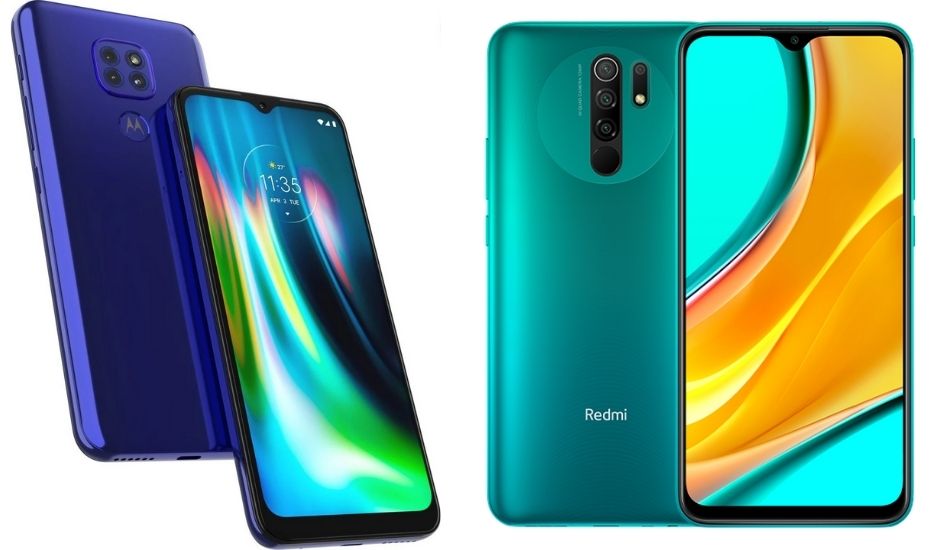 Whereas, the Redmi 9 Prime comes with a Quad Camera setup which constitutes of a 13-megapixel primary sensor, 8-megapixel ultra-wide, 5-megapixel macro lens, and a 2-megapixel depth sensor. At the front, both the G9 and Redmi 9 Prime have 8-megapixel cameras. So on paper G9 has a better camera but we haven’t checked it, whereas we were satisfied with the camera performance of Redmi 9 Prime.

The Redmi 9 Prime packs a slightly larger 5020mAh battery compared to 5000mAh on the Moto G9. So it is a tie in this department but since Moto G9 has an HD+ display as compared to Full HD+ on 9 Prime one can expect a better performance on Moto Device.

Also, Moto G9 comes bundled with a 20W Turbocharger in the box whereas the Redmi 9 Prime, even though it supports 18W fast charging, doesn’t come with a fast charger inside the box.

The Moto G9 comes with Moto’s custom UI which gives close to stock Android experience with almost no bloatware whereas, Redmi 9 Prime comes with MIUI 12 which has quite nifty customisations but also comes loaded with bloatware and ads as well.

Both the UIs have their pros and cons but, at the end of the day, it depends on the personal choice of a customer.

The Moto G9 costs Rs 11,499 whereas the Redmi 9 Prime costs Rs 9,999. If we look at the specifications, the Redmi 9 Prime with an FHD+ and Helio G80 offers significantly better value for money than the Moto G9. If you’re into Moto UI and are willing to compromise on display and performance, the G9 is for you.