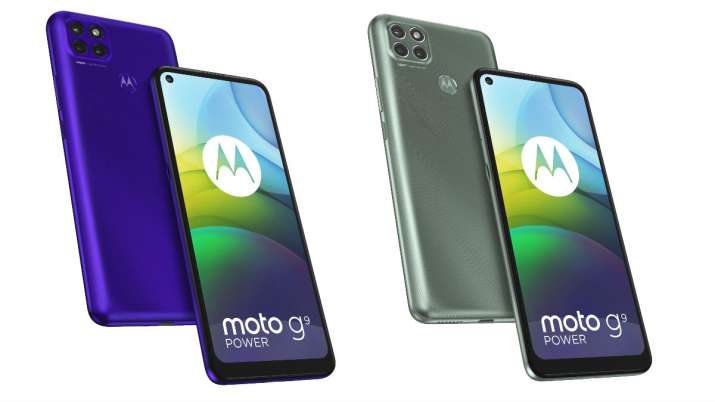 Moto G9 Power is an addition to the Moto G9 family, which includes the Moto G9, Moto G9 Plus and Moto G9 Play smartphones.

Motorola has announced Moto G9 Power smartphone as its latest offering. The Moto G9 Power is priced at EUR 199 (roughly Rs 17,400) for its sole 4GB and 128GB model storage. It comes in Electric Violet and Metallic Sage colours.

Moto G9 Power will be available in selected countries in Asia, Latin America and the Middle East in the coming week. It is an addition to the Moto G9 family, which includes the Moto G9, Moto G9 Plus and Moto G9 Play smartphones.

Moto G9 Power features a 6.8-inch HD+ display with 720 x 1640 pixel resolution and 20.5:9 aspect ratio. The phone is powered by a Snapdragon 662 octa-core processor. There is 4GB of RAM onboard along with 128GB of expandable storage which can be expanded up to 512GB using a microSD card.

The smartphone runs on stock Android 10 OS out of the box and it packs a 6,000mAh battery with 20W fast charging support. The smartphone also features a rear-mounted fingerprint scanner and face unlock support.