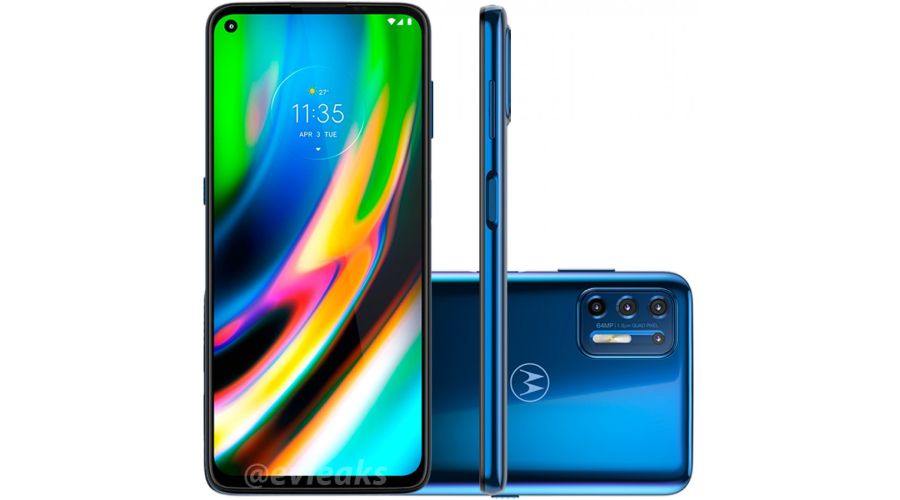 Moto G9 Plus will come in Blue and Bronze colour options. As per the render, the phone will have a punch-hole display and a side-facing fingerprint reader. On the back, there will be a rectangle-shaped quad-camera setup and an LED flash.

Motorola launched the Moto G9 smartphone in India earlier this week. The same phone was announced as Moto G9 Play in the European markets. Now reportedly the company is also working on to bring Moto G9 Plus smartphone soon.

As per tipster Ishan Agarwal, Moto G9 Plus will be powered by Snapdragon 730G octa-core processor. He further reveals that the Moto G9 Plus is codenamed as Odessa.

Earlier this month, popular tipster Evan Blass had shared a render of the Moto G9 Plus which revealed that the phone will come in Blue and Bronze colour options. As per the render, the phone will have a punch-hole display and a side-facing fingerprint reader. On the back, there will be a rectangle-shaped quad-camera setup and an LED flash.

As per an earlier report, the upcoming Moto G9 Plus smartphone will be priced at EUR 277.15. This roughly translates to Rs 23,000.

Meanwhile, Motorola G9 smartphone is priced at Rs 11,499 for the single 4GB RAM + 64GB storage variant and it will go on sale starting 31st August at 12 PM. The phone comes in Forest Green and Sapphire Blue colour options to choose from.

The key features of Motorola G9 include huge 5,000mAh battery, 48MP triple rear cameras and a 6.5-inch 20:9 Max Vision display. The phone is powered by Qualcomm Snapdragon 662 processor. Moto G9 runs on Android 10 out of box.