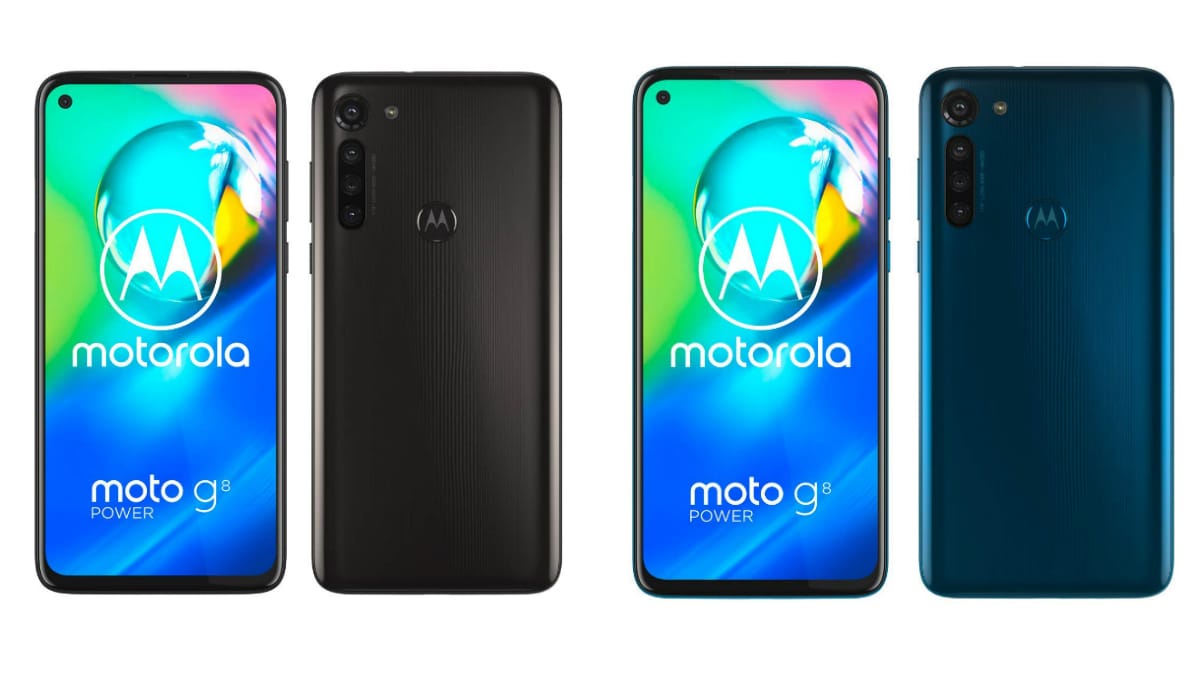 The Moto G8 Power is listed in Smoke Black and Capri Blue colour variants in the listing.

Motorola will be holding an event at the upcoming Mobile World Congress (MWC) 2020 on February 23 in which it is expected to announce Motorola Edge+, Moto G8, Moto G8 Power and Moto G Stylus smartphones at the event. Now ahead of the launch, Moto G8 Power has been listed on Amazon revealing key specifications of the phone, and its design.

The Moto G8 Power is listed in Smoke Black and Capri Blue colour variants in the listing but the phone is “currently unavailable” on the e-commerce site.

For the design, the Amazon listing shows that the phone will sport vertically aligned quad-camera setup at the back in the upper left corner. The rear also shows the presence of a fingerprint sensor. The phone has a punch-hole display and the power and volume buttons are placed on the right edge.

The Amazon listing reveals that the Moto G8 Power will feature a 6.4-inch full-HD+ display. The phone will be powered by the Snapdragon 665 octa-core SoC paired with 4GB RAM. It is listed to offer 64GB of onboard storage.

Moto G8 Power will come equipped with a quad-camera setup at the back with a 16-megapixel main camera and a 2-megapixel macro lens. The resolution of the other two sensors are not revealed in the listing. The Moto G8 Power will run on Android 10 software, and it will be backed up by 5,000mAh battery.

Meanwhile, popular tipster Evan Blass has shared the images of upcoming G-series smartphones – Moto G8, Moto G8 Power and Moto G Stylus. All three devices feature displays with punch-hole selfie cameras. The G8 and G8 Stylus have triple cameras while the G8 Power features four cameras. All three have a fingerprint sensor at the back.