Moto G6 Play spotted in hands-on images ahead of launch 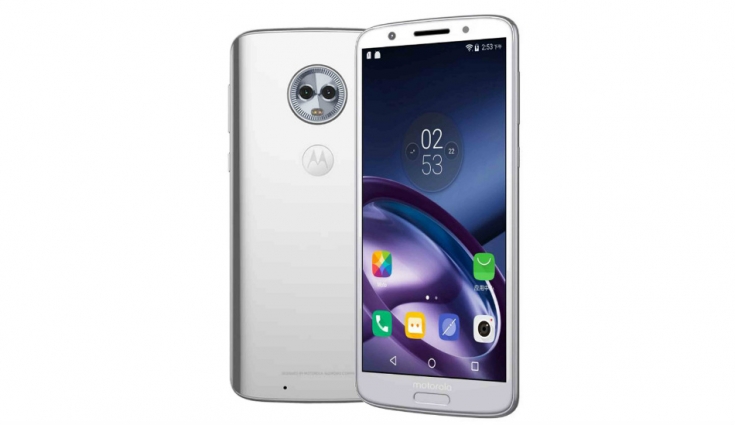 Moto G6 Play will be fueled by a 4,000mAh battery with Turbo Power fast charging technology.

The images have been leaked by Slashleaks and they show the specifications of the upcoming Moto smartphone. As per the leaked images, the Moto G6 Play will feature a 5.7-inch HD+ display with 1440 x 720-pixel resolution and a 2.5D curved glass protection. The image also says that the smartphone will have Max Vision Display with an 18:9 aspect ratio.

Moto G6 Play will be powered by 1.4GHz Qualcomm Snapdragon 430 octa-core processor coupled with 3GB RAM and 32GB internal storage which can be expanded via micro sd card slot. The smartphone will have a 13-megapixel rear and an 8-megapixel front-facing camera. It will be fueled by a 4,000mAh battery with Turbo Power fast charging technology.

The leaked image has not revealed anything about the operating system but it is expected to run on Android Oreo out of the box. Other features include a 3.5mm headphone jack, micro-USB port, and dual-SIM support. The smartphone will feature a rear-facing fingerprint scanner which will be hidden within the Motorola batwing logo.

Recently, Moto G6 Play was also spotted in a hands-on video. As per the 10-second video also shared by Slashleaks, the Moto G6 Play’s display and the rear panel is shown. The video, however, does not show much about the smartphone. The back of the device shows the circular single rear camera with LED flash. Below the camera module, there is the batwing logo of Motorola which is said to be housing the fingerprint scanner as well.