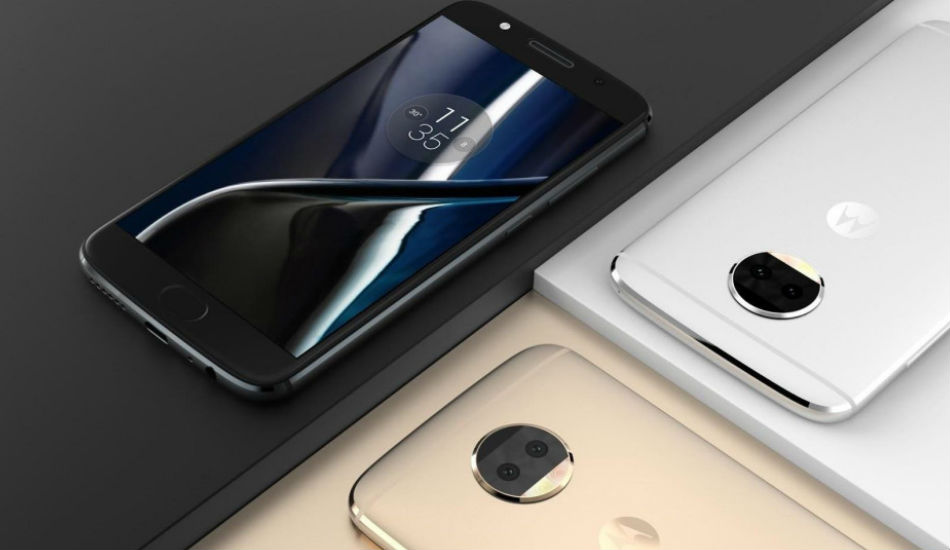 The smartphone is reported to be powered by a Qualcomm Snapdragon 625 processor along with 4GB of RAM and 32GB of internal storage.

Motorola is reportedly working on an upgraded version of Moto G5 Plus known as Moto G5S Plus. The smartphone has been subjected to various leaks in the past and the latest ones reveal some key design changes and specifications.
The images were posted on SlashLeaks, which reveal the front and back panel of the device. The front shows the Moto G5S Plus in a flash mode, which reveals some key specifications including a model number XT1805. The smartphone is codenamed as Sanders and it will be powered by Qualcomm Snapdragon 625 processor. The phone is backed by a 4GB of RAM and 32GB of internal storage, which could be expandable in nature. 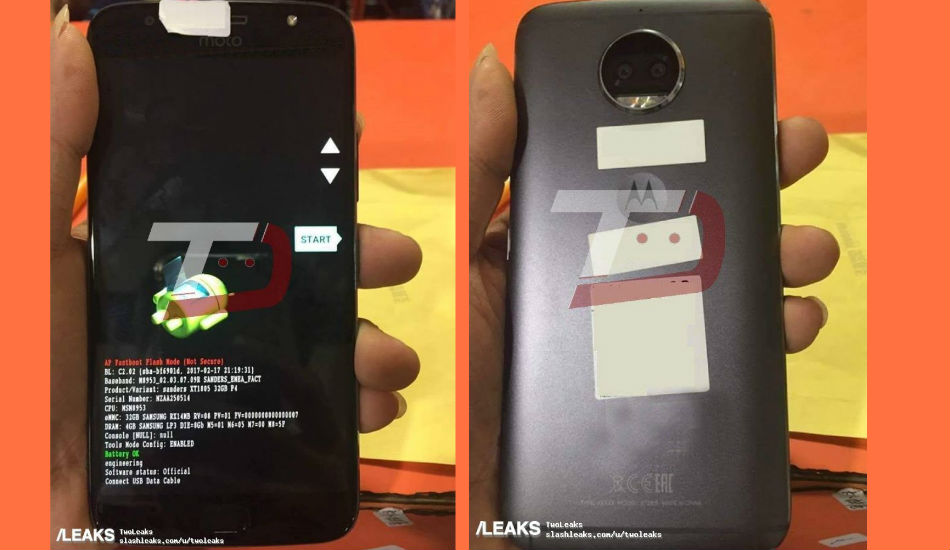 The front shows minimal side bezels along with a front-facing camera, earpiece and LED flash up top, while at the base, there is an oval-shaped fingerprint sensor, which might come with gesture support. The right houses volume controls and power on/off buttons. The back panel reveals dual-camera setup along with dual-tone LED flash and just beneath it, one can find Moto’s famous batwing logo.
Meanwhile, a known tipster Evan Blass has revealed some important design changes of the Moto G5S Plus. To start with, the device will now feature a full aluminium body as opposed to Moto G5 Plus, which had plastic at the top and bottom. The upcoming smartphone will feature a 5.5-inch Full HD display with a screen resolution of 1920 x 1080 pixels.
Blass further reveals that the dual-camera setup at the back will come with a combination of two 13-megapixel sensors, with one will be used to capture RGB and another will be used to capture monochrome. The dual rear cameras will come loaded with features like bokeh, background replacement and selective black and while filtering.
As for the pricing is concerned, Andri Yatim, a known tipster says that the phone could be priced between Rs 18,999 to Rs 19,999 and will come with a 3068mAh battery.
Lead Image Courtesy: VentureBeat