Moto G51 5G has been launched in China. It has a 50-megapixel primary sensor, 8-megapixel ultra-wide sensor and a 2-megapixel macro sensor. 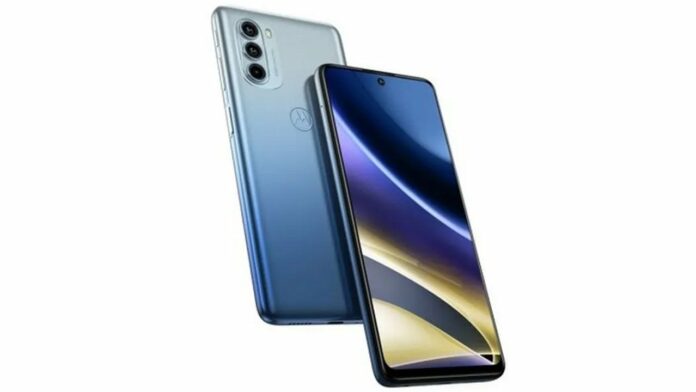 The device has a Snapdragon 480+ SoC, a triple camera setup, Android 11 and a 5000mAh battery. As of now, there in no info on its launch in India.

Let’s take a detailed look at the handset’s specs

Moto G51 packs the Snapdragon 480 Plus SoC which is paired with 8GB of LPDDR4x RAM and 128GB of UFS 2.2 storage. In addition, the storage is expandable via microSD card. Further, it comes with 3GB of virtual RAM.

For photos and videos, the phone comes with a triple rear camera setup. It has a 50-megapixel primary sensor, 8-megapixel ultra-wide sensor and a 2-megapixel macro sensor. For selfies and video calls, the device uses a 13-megapixel shooter.

As for software, the handset runs on Android 11 out of the box. There’s also a 5,000mAh battery. There is no word about fast-charging support. It includes a side mounted fingerprint scanner for security. The phone also has face recognition as well.

Meanwhile, Moto E40 was recently launched in India for Rs 9,499 for the sole 4GB + 64GB version. It comes in Carbon Gray and Pink Clay colours. The phone is available for purchase via Flipkart. The device comes with 90Hz display, an octa-core Unisoc T700 SoC, a triple camera setup, a 5000mAh battery with fast charging and more.