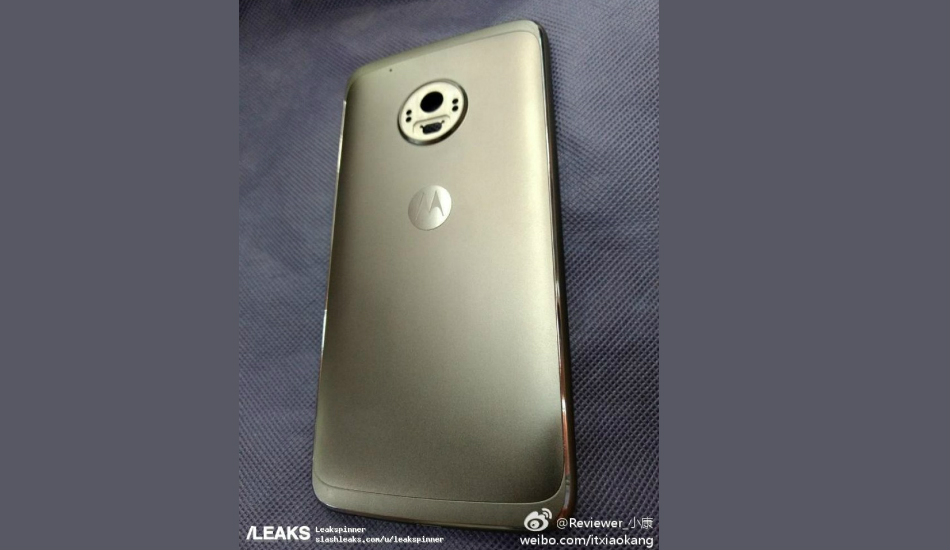 The device is expected to sport a 12-megapixel “rapid focus” camera and it is reported that it will feature a Sony IMX362 sensor.

Lenovo-owned Motorola is all set to launch its next-generation Moto G5 Plus and Moto G5 during the Mobile World Congress 2017. However, recent leaks and rumours have shed some light about the upcoming devices, but the latest leak image shows the back panel of the Moto G5 Plus in full glory.

Inspecting closely, it is safe to say that the device will come with a metal unibody design which is somewhat similar to the Honor 5c. There is a primary camera module coupled with Motorola logo sitting right beneath it. There are some cutouts on the back panel of the phone for the camera unit and LED flash.

The device is expected to sport a 12-megapixel “rapid focus” camera and it is reported that it will feature a Sony IMX362 sensor with aperture f/1.7 and phase detection autofocus. The camera is also touted to be capable of capturing 4K videos in 30 frames per second. Coming to the sensor, the Asus Zenfone 3 Zoom comes equipped with the same sensor.

For the hardware front, the photo divulges that the smartphone will come with a 2.0GHz octa-core processor, which might the Qualcomm Snapdragon 625 processor. Other keys specifications include a 12-megapixel rapid focus camera, a 3000mAh battery with TurboPower quick charge technology, a front-facing fingerprint sensor and NFC. However, the photo does not reveal RAM and storage options, judging by previous rumours, it should come with a 4GB of RAM and 32GB of internal storage and might run on Android 7.0 Nougat.