Moto G32 live images have been spotted on NCC Certification website. It will come with 5,000mAh battery, 33W fast charging. 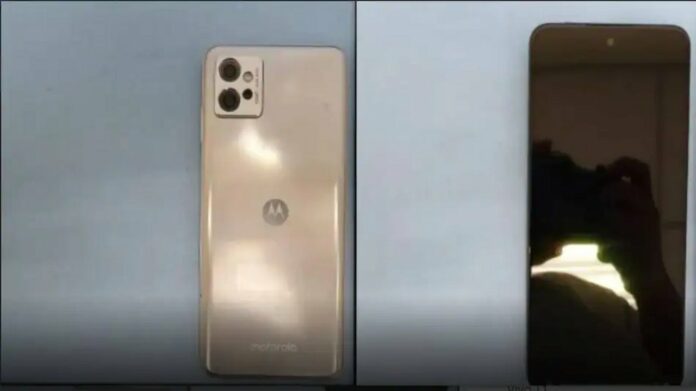 As per the leaked live images of the Moto G32, the device will have a curved back with a glossy finish and a rectangular camera module on the top left. Further, there will be a punch-hole design in the front for the selfie camera. The phone is expected to sport a side-mounted fingerprint scanner on the power button as it is missing from the rear panel.

Further, the images reveal that there will be a triple camera setup at the back. There will be a 50-megapixel primary sensor. At the bottom, there will be a USB Type- C charging port, 3.5mm headphone jack, and a speaker grill. The box content of the Moto G32 will include a power adaptor, an earphone, and a USB cable.

In addition, the NCC certification reveals that the device has the model number XT2235-3 and comes with a 5,000mAh Li-ion battery unit with support for 33W fast charging.

The phone will feature a 6.5-inch IPS LCD display with a 720 x 1600 pixels resolution and a 90Hz refresh rate. It will be powered by the Unisoc T606 processor with 2GB of RAM and 32GB of storage. Sadly, the phone is said to run on the older Android 11 OS.