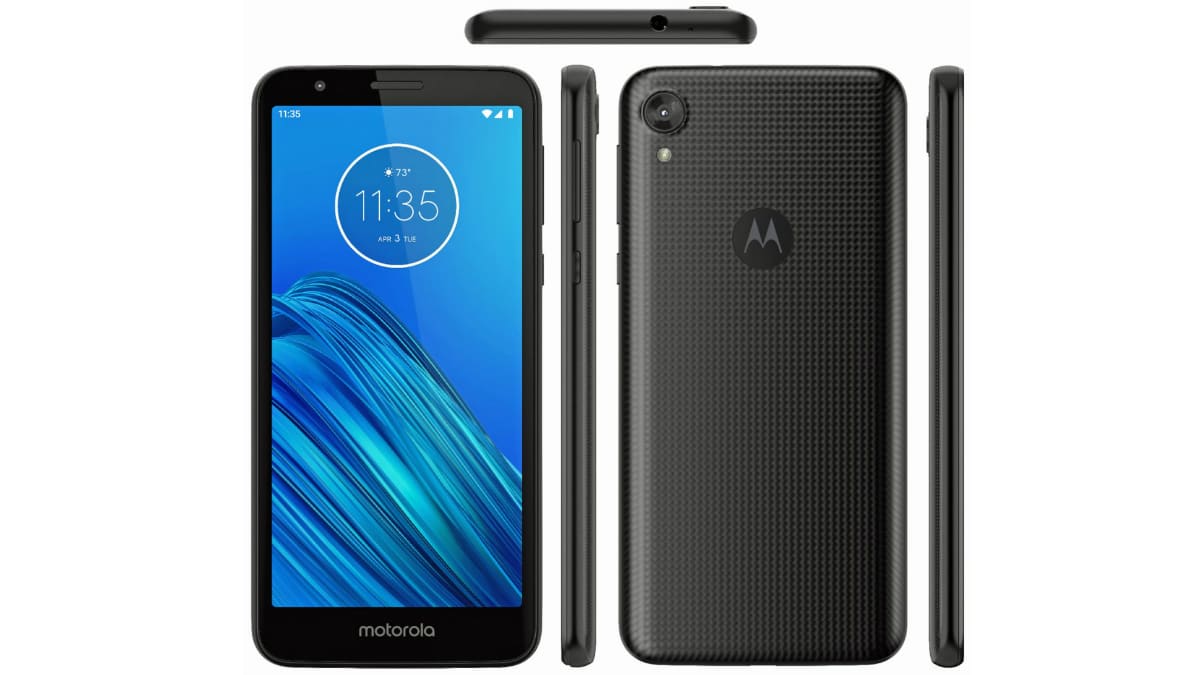 Moto E6 sports minimal bezels on all sides of the display.

Motorola yesterday launched One Vision, the company’s latest Android One smartphone in India for Rs 19,999. Now the company is gearing up for the launch of the Moto E6 series.

Moto E6 Plus was recently spotted on GeekBench benchmarking website and now the renders of the Moto E6 have surfaced online via Evan Blass aka @evleaks on Twitter. The tweet comes with an image showing the smartphone from all angles.

As per the render, Moto E6 sports minimal bezels on all sides of the display. The bottom of the display shows the Motorola logo while the top bezel houses the selfie sensor and the earpiece. The back panel features a single rear camera sits on the top left edge with the flash below it.

The back of the phone also features a Motorola logo, which is expected to double up as a fingerprint sensor. The right side of the Moto E6 has the volume and power buttons while the left side does not show any port. The top edge of the phone has a 3.5mm headphone jack.

As per the GeekBench listing, the Moto E6 Plus smartphone will be powered a 12nm MediaTek Helio P22 octa-core processor clocked at 2.0 GHz. In addition to the chipset, the Geekbench listing also confirmed that the smartphone will feature 2GB of RAM. The phone will run Android Pie out of the box.