Mobile games: A goldmine to be explored

The mobile gaming industry presents tremendous opportunity for generating revenue for both developers and telecom operators.

At a time when telecom ARPUs are constantly declining despite tremendous growth in subscriber numbers, telecom operators have started looking at mobile value added services (MVAS) for an increase in revenue.

MVAS, which currently constitutes about 9 per cent of operators’ revenue in India, is expected to become bigger than voice in the coming years. The MVAS industry is estimated to be worth over Rs 5,400 crore by the end of this year and over Rs 12,000 crore by the end of 2015.
One segment of VAS that is picking up very fast is mobile gaming. A recent report by the internet and mobile association of India (IAMAI) and the Indian market research bureau (IMRB) estimated mobile gaming to be Rs 289 crore in June 2008, which was about 5 per cent of the mobile VAS industry. The report also expected this figure to go up to Rs 813 crore by June this year.

Present scenario:Mobile games in India are currently either embedded in the device, or can be downloaded via GPRS. There are both paid and non paid games available in the marketplace.
According to the mobile marketing association (MMA), a growing number of mobile game developers; and better integration among mobile operators, handset manufacturers and software providers have created a sound ecosystem to provide mobile games to Indian consumers.

Moreover, lesser scope for piracy and duplicity on mobile devices as compared to computers has further generated interest in this platform among developers.
Manish Malik, general manager, gaming, Hungama, says, “In terms of audience and adoption, mobile gaming has the largest base of consumers. The GPRS penetration amongst the current subscriber base is around 15 per cent and the gaming penetration is around 3 per cent and growing rapidly.”
Rohit Dadwal, managing director, MMA, says, “The average customers are from the tech savvy younger generation of urban India. Kids and young adults from the top eight metros are currently driving growth. A recent survey showed that approximately 40 per cent of all mobile gamers belong to 22-35 years of age, followed by 13-21 years and 35 plus.”
Of all gaming genres, cricket, racing and Bollywood games are most popular in India. However, lately, gamers have started enjoying role playing (player assumes the role of a character) and multi player games.
Hungama is working with some big Bollywood studios to create, publish and distribute content for movies and has created a series of games around Indian cricketer Yuvraj Singh.
Malik says, “The games have performed extremely well in the market, the primary reason being Bollywood and cricket are a good connect with the target audience.”
Rohith Bhat, managing director and chief executive officer, Robosoft, had earlier told Telecom Yatra, “Mobile games market in India has a huge potential. Indian market will straight away hop onto the mobile gaming scene without going through the consoles and web gaming revolution. We are already seeing increased uptake of social networking. Social gaming, I think, will be a similar success.”

Revenue models:The present mobile gaming ecosystem consists of game developers, game publishers, mobile operators, handset manufacturers, software developers and advertisers. Developers are the ones who create, design and test the games before launching them in the market, while publishers are responsible for promotion and marketing. 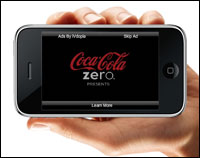 Various business models for gaming have evolved over the past couple of years. It started with the pay per download model and the introduction of subscription packs such as pay per day or per week, and unlimited access to content at a fixed price.
But now the concept of advergaming has emerged, with advertisers and publishers targeting the audience with ads inserted in the games. This is being viewed as a major revenue source for the gaming ecosystem.
The Freemium and ad funded model has been gaining traction. It involves the consumer either being allowed to play the first few levels of a game free of cost, and then being given the option to download; or the games being available free to the customer and the funds being generated through advertising.
According to Mahesh Narayanan, country manager, Admob, “Inventory for mobile gaming is definitely in demand and advertisers are targeting it. Relevance of mobile gaming for advertising would increase once the addressable base of consumers becomes big. Advertising on mobile games is still at a nascent stage, but lot of work is happening. Adoption of gaming is still good amongst consumers, but marketers need to be educated on the potential of this medium.”
Speaking on the international market, Narayanan says, “Advertisers are doing a lot on mobile gaming front in developed markets such as US and Europe, where users of iPhones and Andriod based phones download lot of games and the inventory is large.”
“India is still slow and brands are still getting a grasp on what possibilities the medium of mobile offers. In India, there is a lot of opportunity on cricket based games as they do really well. Also, event based games have started picking up. During FIFA World Cup, soccer games were doing very well,” he adds.
Malik says, “On the B2B side, games are a hot property when it comes to embedding on devices at the manufacturing level. This is a good step in terms of getting the early bird users and then they become a significant part of the value chain.”
“A lot of brands are also showing genuine interest in creating advergames, but it is difficult to target a specific customer due lack of correct data,” he further says.
On revenue sharing in the Indian market, operators have an upper hand. It also depends on the quality of content that is available where content providers get into exclusive relationships with third party vendors.

Challenges for mobile gamingTaking into consideration the tremendous potential of this segment, the Indian mobile gaming industry is still at a nascent stage. There are several infrastructural, industrial and cultural barriers to the growth of this industry.

According to Malik, “Consumer education on accessing content through GPRS is critical for adding new consumers. The educated audience already has access to various sources for downloading content. It is all about creating the right level of awareness as the best of international content is already available to be downloaded.”
In India, consumers are also very price sensitive and customers are unwilling to pay for games as they view games as luxury or unnecessary items. This forces developers to lower their prices and profit margins, which in turn stunts the innovations in the gaming market.
Moreover, many Indians view gaming as something meant for children and youngsters, and thus the gaming base becomes smaller. There is a need to eliminate this perception in order to increase the reach of mobile games.
Dadwal says, “There are some fundamental challenges that hinder mass usage of content on mobile phones. These include lack of knowledge among users, mobile browser constraints leading to poor content quality and experience and the data charges associated with the use of internet over the phone.”
He also says that due to the different types of mobile phones and applications available, content providers have to develop games to suit phones with varied capabilities.
Apart from these factors, network speed is also extremely critical for the growth of mobile gaming. With the advent of 3G, this issue will be solved and developers will be in a better position to develop complex and advanced games. Speed will then no longer be an issue for game downloads.

Way forwardThe share of gaming in VAS will continue to increase in the coming years due to greater availability of interactive and feature rich mobile devices. It will also get a boost from the launch of 3D, Bluetooth and multi player mobile games. 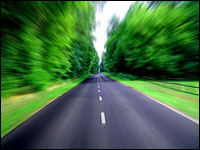 The majority of gamers is usually in the 15-30 years age group. They are always on the lookout for new stuff. Thus, it is important for developers to constantly innovate both in terms of design and platforms.
In coming times, traditional games will give way to other advanced forms of gaming such as Bluetooth gaming, multi-player gaming, 3D gaming and motion and sensor gaming.
Malik says, “Future is all about connected gaming. As infrastructure and networks evolve, multi-player gaming will become an important aspect of every game being launched in the market. The base of mobile games should increase to 10 to 12 per cent of the mobile base over the next two years.”
Dadwal is of the view, “Gaming offerings in the Indian market will continue to evolve into more complex and engaging formats as Indian mobile users become more and more interested in technology and continue to upgrade their mobile phones. Given the lively market, a host of India-based game production companies have sprouted, enriching the competition and providing ever increasing variety of games for all ages. The share of gaming in mobile would get a further boost by the launch of 3D mobile games.”
Social networking games which at present are only available online, might also have scope on mobile platforms.

“Social games will definitely broaden the target audience and we should see new group of consumers adopting the same.We will have to wait and watch the type of content that gets created for critical mass,” he adds.
Mobile games have a bright future ahead. With customers craving for more and more games, it is bound to make a mark on the balance sheet of VAS providers.