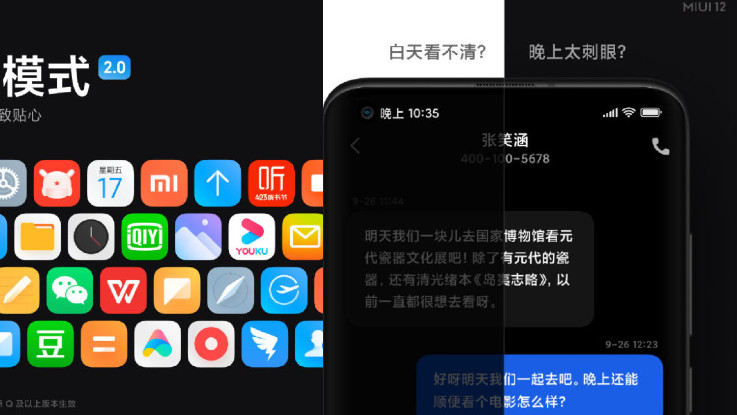 Xiaomi has announced the launch of its next-generation of the user interface, the MIUI 12, during the launch event of Xiaomi Mi 10 Youth Edition.

The latest MIUI 12 brings Dark Mode 2.0, which will also bring wallpaper dimming on Xiaomi smartphones. Through this feature, the MIUI 12 will gradually dim the wallpaper as daylight changes. The UI will automatically adjust the weight and boldness of the front and it has adjusted font contrast for dark mode. The company has also revealed new Sensory Visual Design with the MIUI 12 and it will transform Settings page with graphs and visual diagrams, which the company claims will make it easier to understand.

The brand has also added new system animations where it will show a smooth transition between horizontal and vertical screen rotation. The app icons will also show real-time animations based on gestures. MIUI 12 also brings new gestures to phone. Users will be able to swipe down on the notification panel to interact with a notification without opening the app. The notification will expand into a small window and one can drag it around the screen.