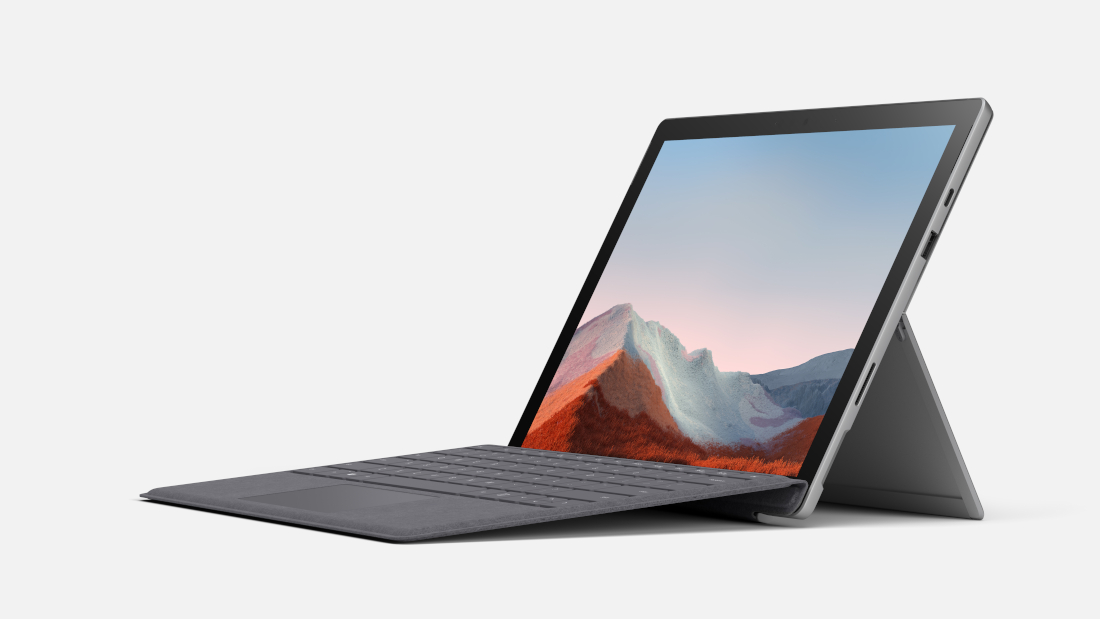 Microsoft Surface Pro 7+ comes with a 12.3-inch PixelSense display. It uses up to 11th gen Intel Core processors and up to a 1TB SSD.

Microsoft has announced the launch of the Surface Pro 7+ in India with a starting price tag of Rs 83,999. The 2-in-1 device was unveiled earlier this year. It comes with 11th gen Intel Tiger Lake processors.

Microsoft Surface Pro 7+ comes with a 12.3-inch PixelSense display. It uses up to 11th gen Intel Core processors and up to a 1TB SSD.

With options for Core i3, i5, and i7 processors, Surface Pro 7+ is the first Surface Pro device to offer up to 32GB of RAM and 1TB of storage. The Surface Pro 7+ supports Wi-Fi 6 and Bluetooth 5.0 for connectivity and there’s also an optional LTE Advanced feature. The Wi-Fi models will offer support for a microSDXC card while the LTE model will replace the expansion slot with a nanoSIM card slot.

The Surface Pro 7+ is backed by a 50.4-watt hour battery that is the largest battery to date in a Surface Pro. It provides a removable storage solution that helps commercial organizations comply with specific data retention standards. There’s a dual studio microphone array along with dual speakers that are tuned with Dolby Audio. It comes with an 8MP camera on the back.

Along with the Surface Pro 7+, Microsoft also launched an 85-inch variant of the Surface Hub 2S in India for Rs 21,44,99. It will be available for purchase starting March 3.