Microsoft Surface Earbuds to launch on May 6 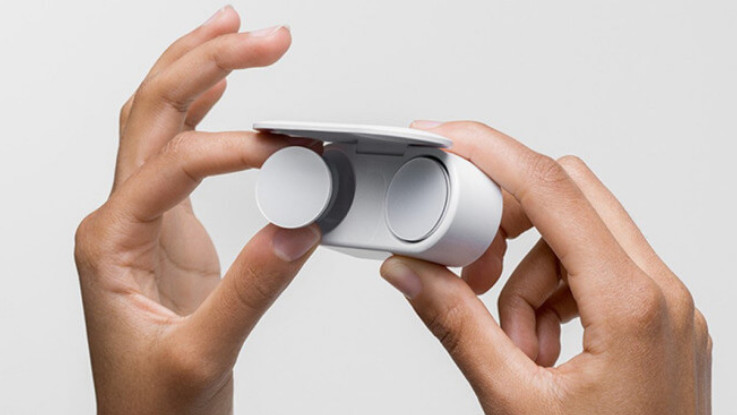 Dubbed as Microsoft Surface Earbuds, the wireless earbuds are reported to launch on May 6.

As per a report by WinFuture, the earbuds will be priced at EUR 199, which roughly translates to Rs 16,435. The report highlights that the upcoming earbuds will come with interchangeable rubber attachments. It comes with a plate-like design at the outside. The report says that the circular design will house some gestures and touch functions.

The Microsoft Surface Earbuds will come with a speaker with a diameter of 13.6 millimetres and it will support active suppression of ambient noise. This will happen through a series of microphones. The report highlights that with Surface devices, the Earbuds will be able to pair quickly via Swift Pair feature.

The Surface Earbuds are lightweight with 7.2 grams each, while the charging case will weigh around 40 grams. The report highlights that the earbuds will deliver a battery life of up to eight hours with a single charge. The charging case should provide enough juice to fully charge the earbuds two more times.

The new Office features have been rolled out to all existing Office 365 customers and Microsoft 365 Personal and Family subscriptions are now available worldwide. These include premium desktop Office apps, 1 TB of OneDrive cloud storage per person, 60 Skype minutes for calling mobile phones and landlines, advanced security features to protect users from malware and phishing attacks, ongoing technical support