As per the leaked images, the phone seems to have a 5 megapixel camera.

Indian handset manufacturer, Micromax is now reportedly making a water resistant mobile phone. The handset is identified as Micromax Splash and its pictures were shared by MMXNewscaster on Twitter. 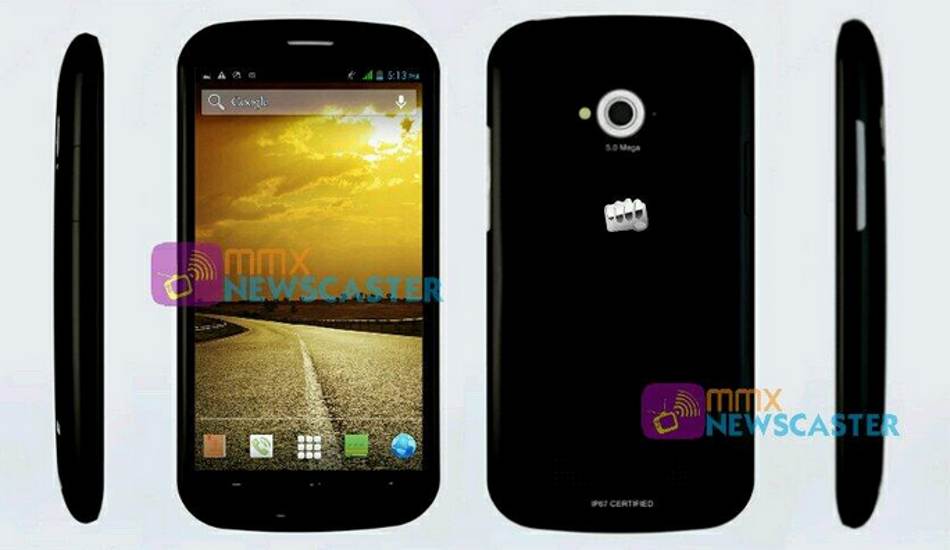 Though, it has not shared any other details about the handset, from the pictures it looks like to have the Android operating system and a volume rocker on the right hand side. As of now there is no word from Micromax about the handset but many reports speculated that it will be a mid-range device.

Recently, Micromax announced the Canvas Power A96 with a huge 4000 mAh battery.