Micromax handsets prices to go up?

Micromax will have to pay between 1.25 per cent to 2 per cent on the retail value of the phone to Ericsson for using patents related to GSM, EDGE and 3G technology.

Prices of Micromax’s handsets may soon go up as Delhi High Court has directed the company to pay royalty on each handset to Ericsson in a patent case.

Ericsson had sued Micromax for infringing on its patent related to GSM, EDGE and 3G technology and has now secured an interim order from Delhi High Court, which has directed Micromax to pay royalty on each handset that uses these technologies. This means that Micromax has to pay royalty on most of its handsets. The royalty will be between 1.25 to 2 per cent of the retail value of the phone depending on whether the phone supports 3G or not.

This means that either Micromax will have to raise the prices of its handsets or absorb the cost by reducing their margin. This case also marks the entry of patent war in India, which has till now only involved big players like Samsung, Apple, Motorola, RIM, and Nokia and the likes. 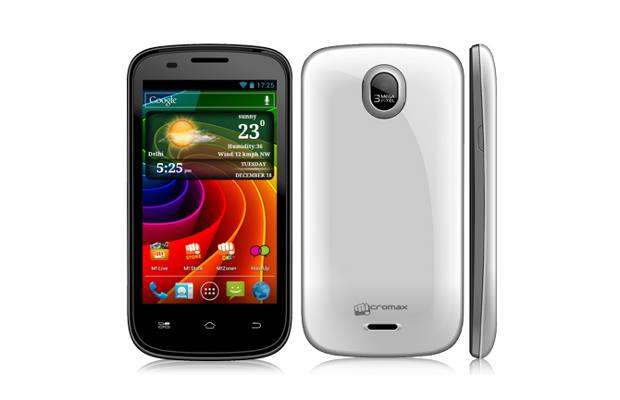 However, Micromax will not have to pay royalty on some of its tablets which support only WiFi. The court has also ordered that Ericsson will be allowed to inspect each consignment (import) of Micromax and only then will Micromax be allowed to sell them, this means that it will take longer for Micromax to import its phones which could lead to delays in phone launch.

Ericsson holds patents for 2G, EDGE and 3G technologies and has said that it was trying to sign an agreement with Micromax for past three years which would have allowed Micromax to use these technologies on payment of small royalty amount. However after it failed it has approached the court for Rs 100 crore damage. Delhi High court has asked the two companies to sign the agreement by 9th of April 2013.

Micromax has, however, not issued any statement on the issue. Repeated calls from The Mobile Indian, which wanted to elicit a response from the company on the matter, went unanswered.

It has also been reported that Ericsson is contemplating a similar case against other Indian brands, like Karbonn, Lava, and Spice. These patent cases will essentially make the cost of handsets to go up, as till now these companies have avoided royalty payments and has never been on the radar of patent holders as they were too small, but now with their growing business, it makes sense for patent holding companies to pursue the case.