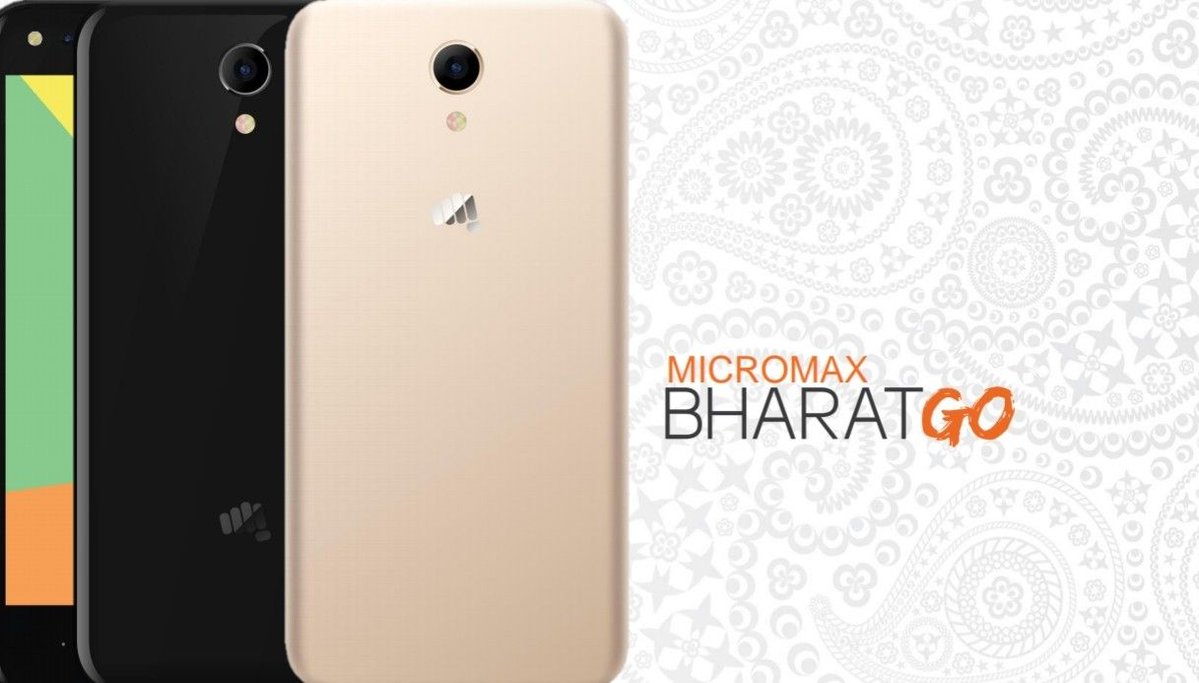 The Micromax Bharat Go sports a 4.5-inch FWVGA display with 2.5D curved glass. The phone will run on Android Oreo (Go Edition), which meant for low-end devices that run with 512MB to 1GB of memory.

Micromax has been long rumoured to launch its first smartphone under its Bharat series that will come loaded with Android Oreo (Go Edition). Dubbed as Micromax Bharat Go, little was known about the upcoming smartphone, however, a recent leak has shed some light on its specifications and design.

The images and specs were shared by Mahesh Telecom, a Mumbai-based retailer and it shows the front and back panel of the device. The smartphone is reported to come in Champagne and Jet Black colour options. 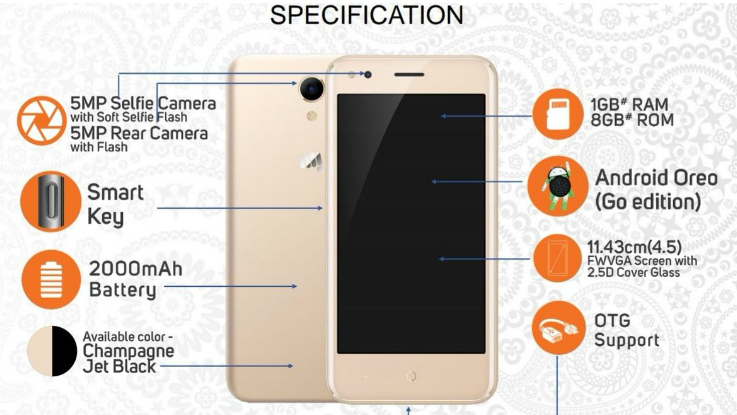 Coming to the specifications, the Micromax Bharat Go sports a 4.5-inch FWVGA display with 2.5D curved glass. The phone will run on Android Oreo (Go Edition), which meant for low-end devices that run with 512MB to 1GB of memory. The aim is to provide the latest Android updates to the masses and it will be available as a part of Android 8.1 release.

Moving on, the Micromax Bharat Go will feature 1GB of RAM and 8GB of internal storage. The smartphone comes loaded with 5-megapixel rear and front cameras with LED flash. There is a smart key, which might be used for some shortcut functions, though it is not clear as of now. On the battery front, the phone will be juiced up by a 2000mAh battery and it will support OTG as well.