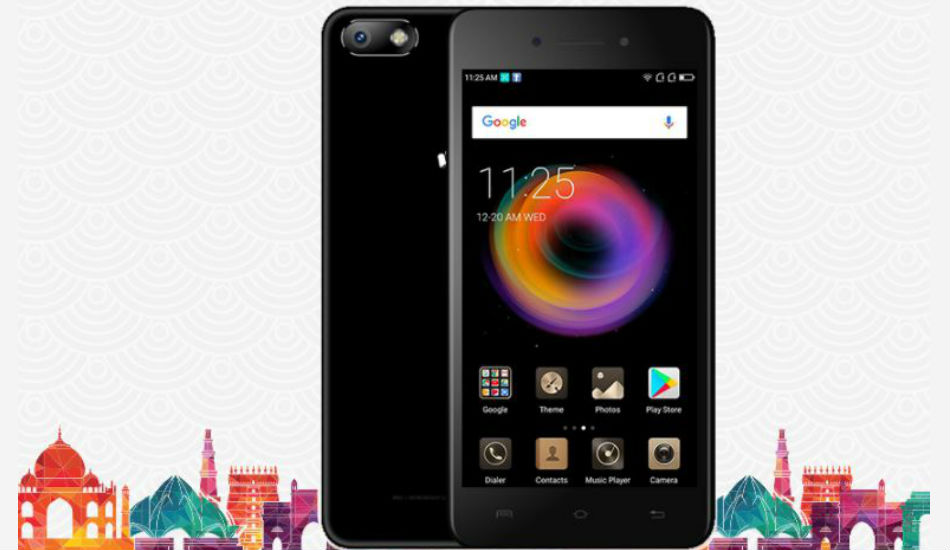 The smartphone has been found listed on company’s official website revealing some key specifications.

Micromax is gearing up to launch the next smartphone under its Bharat series in India. Dubbed as Bharat 5 Plus, the smartphone has been found listed on company’s official website revealing some key specifications.

To start with, the smartphone will feature a 5.2-inch HD display with a screen resolution of 1280 x 720 pixels along with 2.5D curved glass and 400nits brightness. The phone will be powered by a 1.3GHz quad-core MediaTek processor along with 2GB of DDR3 RAM and 16GB of internal storage, which can be further expanded up to 64GB via micro SD card slot.

The major highlight of the device will be its massive 5,000mAh battery. The listing reveals that the phone could give a standby time of 21 days and it can be used as a powerbank to charge other electronic devices as well.

On the camera front, the Micromax Bharat 5 Plus will feature an 8-megapixel rear camera and it come loaded with different modes including Panorama, Time Lapse, Watermark, Beauty Mode and Bokeh effect.

For the front, there will be a 5-megapixel shooter with 83.3-degree wide-angle lens for selfies and video calling. The front camera will feature portrait mode, time lapse, watermark and beauty mode. On the connectivity front, the device supports 4G VoLTE, OTG support, WiFi, Bluetooth, GPS and micro USB port.

Sadly, other details like which Android version will it run and information about the pricing and availability are not known at the moment. To recall, the company announced Bharat 5 smartphone in India in December last year. The device comes with a price tag of Rs 5,555 and it is available at offline stores in the country.