Meizu MX7 will feature a bezel-less display with only a slight bezel above the display for the ear piece, selfie camera, and light sensor.

Offlate, we have seen the Meizu MX7 surfacing online quite a few number of times via various leaks and rumours, the latest being of launching on October 11. But seems, the Meizu MX7 will not be launched at least this year. Senior Vice President at Meizu, Yang Zhe has revealed on Chines micro blogging website that Meizu has no plans of launching any new smartphone this year and Meizu MX7 will be launched next year in Spring season.

Moreover, Meizu MX7 has been spotted on Chinese online shopping website Taobao via GizmoChina. The listing shows Meizu MX7 with 32GB, 64GB and 128GB of internal storage. The listing also showed that the Meizu MX7 in four colours namely champagne gold, moonlight silver, matte black, and cherry powder. As per the listing, the Meizu MX7 will be priced between 1,799 and 2,299 Yuan. 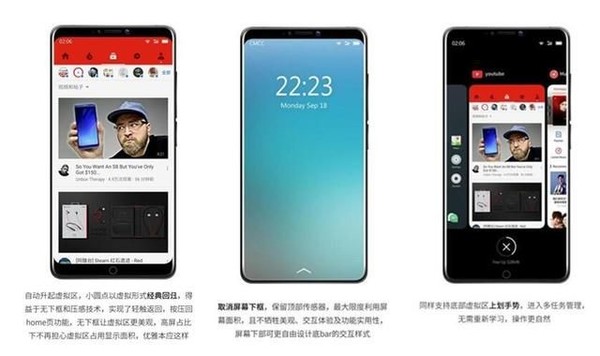 As per earlier rumours, Meizu MX7 will feature a metal body and will come with 4GB of RAM. The smartphone is expected to boast a 5.7-inch QHD display (2560 x 1440 pixel resolution). The device will be powered by either a MediaTek Helio X30 or Snapdragon 660 chipset, rumours suggest

For the optics, it will reportedly boast a 21-megapixel rear camera placed on the back of this phone. For the front panel, the device will boast 5-megapixel camera. Furthermore, the smartphone may feature Meizu’s mBack home key below the device’s display. It is rumoured to be running on Android Nougat operating system with the company’s Flyme UI on top of the smartphone. A Type-C USB port and a 3.5mm headphone jack will be placed on the bottom of the Meizu MX7.