This will mark the first attempt by Meizu to release an Android Go device and will succeed last year’s M6 series.

Last month, Meizu celebrated its fifteen year anniversary by launching the Meizu 15 and 15 Plus in China with OLED displays and dual cameras but from the looks of it, the Chinese company doesn’t seem like its done with further releases. According to documents submitted at the Federal Communications Commission (FCC) in the US, Meizu is working on bringing two budget-level phones, one of which will be running on Google’s lighter Android Go initiative.

Labelled as M809L and M810L, the Meizu phones will be direct successors of last year’s Meizu M6, M6 Note, and M6s which were unveiled in September 2017. Of the two devices that appear to be in development, the M8c Lite will likely be the device that runs on Android Go, while the M8c is expected to run the company’s own FlymeOS skin on top of a regular Android interface. 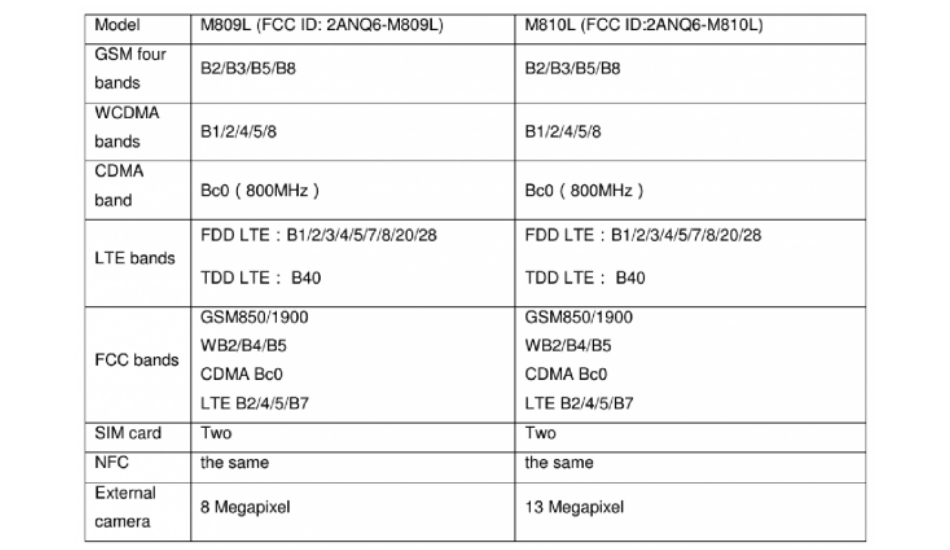 According to the documents submitted at the FCC, the Meizu M8c Lite will be powered by a 1.4GHz processor and will equip 1GB of RAM and 8GB of onboard storage. There will be an 8MP primary camera and 5MP front-facing snapper on the M8c Lite while its regular M8c variant features higher resolution 13MP lens with an 8-megapixel front-facing shooter.

Both devices will come with 4G LTE (including Band 20 for global use), Bluetooth, WiFi, a micro USB port and a headphone jack for connectivity.