The Meizu M6S is expected to feature a 5.7-inches full HD+ display with an aspect ratio of 18:9.

Meizu is all set to launch a new smartphone on January 4. The company has shared a poster announcing the launch of a smartphone featuring 18:9 display via GizmoChina. As per reports, the company is going to launch the smartphone none other than Meizu M6S. 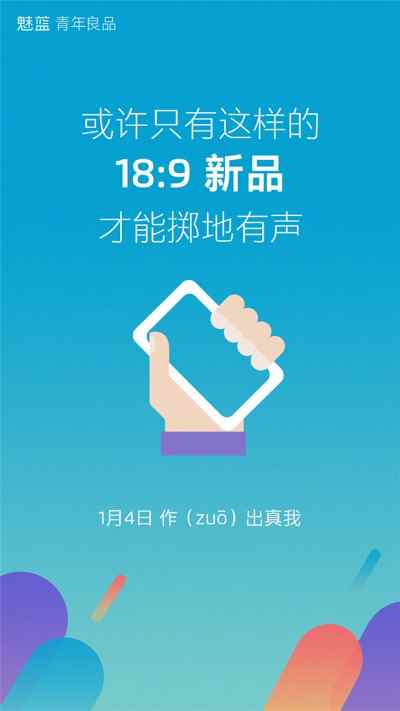 Meizu M6S with model number M172C was also spotted on TENAA certification website recently which revealed that Meizu M6S will feature a 5.7-inch display and a 2,930mAh battery. The handset will measure 152 x 72.54 x 8.0mm

Meizu M6S is said to be priced at 2500 Yuan which is approximately Rs 24,253. We have to wait for a couple of days more to know what the company has in store for us.