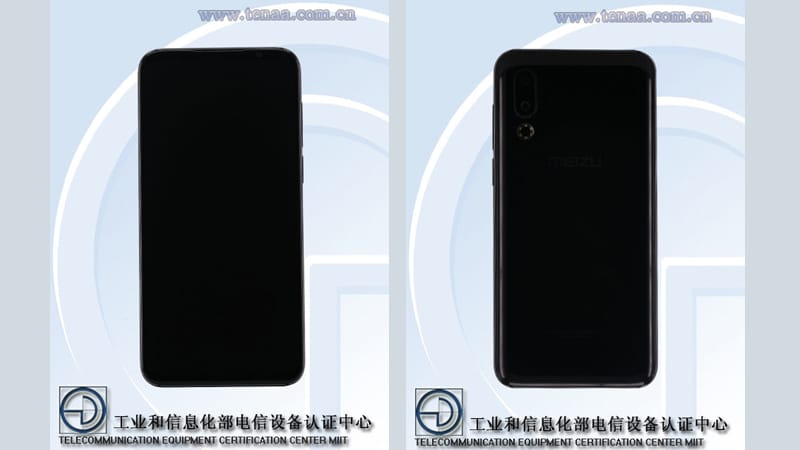 Meizu 16s will be powered by the Qualcomm Snapdragon 855 octa-core processor.

Meizu is all set to launch Meizu 16s smartphone at an event in Zhuhai, China on April 23. Now ahead of the launch, the smartphone’s retail box has been leaked online which has revealed the key specifications of Meizu 16s.

As per the retail box, the smartphone will be powered by the Qualcomm Snapdragon 855 octa-core processor. The Meizu 16s will feature 6GB of RAM and 128GB of internal storage. For the camera, the phone will feature a 48-megapixel dual AI rear camera. The smartphone will also come with an in-display fingerprint sensor and support for NFC.

As per another leak, the 6GB RAM with 128GB storage variant will be priced at 3,598 Yuan, which is approximately Rs 37,366. The smartphone is expected to be available in three color options – White, Black, and Gradient Blue.

Earlier rumors say that the Meizu 16s will feature a 6.2 inches full HD+ display with 1080 x 2232 pixels resolution. It will have 8GB of RAM with 256GB of internal storage. The smartphone will be powered by Octa-Core Qualcomm Snapdragon 855 Mobile Platform with Adreno 640 GPU.

Meizu 16s will be backed up by 3,540mAh battery with 24W fast charging and it will run Android 9.0 (Pie) with Flyme OS. For the camera department, the smartphone will come with a dual rear camera setup which will include 48-megapixel Sony IMX586 primary sensor and 20-megapixel secondary sensor. For the front, it will come with a 20-megapixel camera. The phone will measure 151.9 x 73.4 x 7.65mm and it weighs 166 grams. Connectivity features will include dual-band Wi-Fi 802.11ac, Bluetooth 5, GPS, GLONASS and USB Type C.