The Brick can be connected to a smartphone via Bluetooth, to make and receive calls and text messages, or can be used as a basic phone on its own.

Binatone has announced the launch of India’s first retro mobile “The Brick” – a 1980s-style mobile phone. The Brick can be connected to a smartphone via Bluetooth, to make and receive calls and text messages, or can be used as a basic phone on its own. 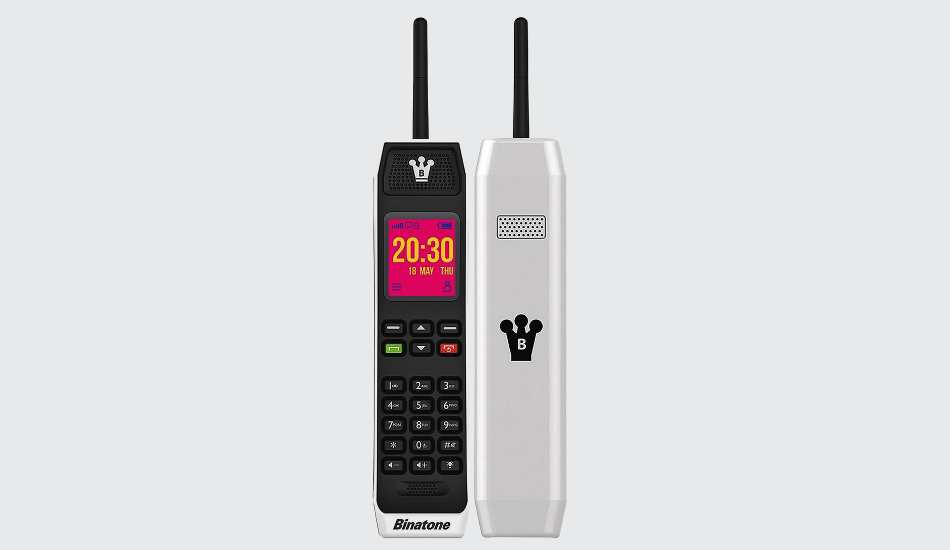 The Brick boasts of up to 1 month of standby time, 14 hours of talk time and an integrated flashlight. It offers a large speaker and a micro SD slot that allows users to load and play their favorite music. Other features include an FM radio and an LED flashlight. And for retro-gamers, the Brick even features a classic mobile phone game, SNAKE! The Binatone Brick can also be used to charge your smartphone via a USB port, making it not only a fun, retro phone but also a great second mobile to have handy in the event of an emergency.

Commenting on the launch, S P Singh, country head, Binatone said, “In a world where mobile phones are getting smaller and smaller, we have set out to create a completely unique product which is bigger, bulkier and aimed at those who want to wear their phone as a style statement.”