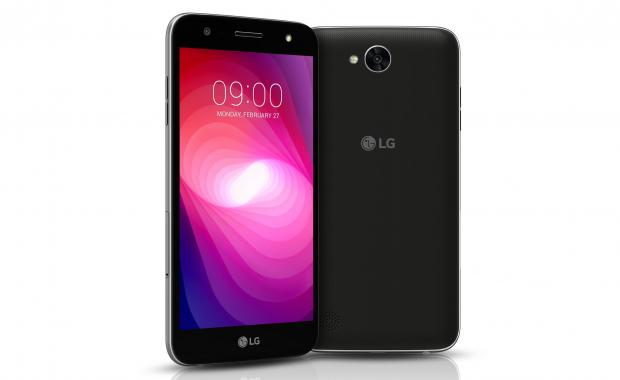 The smartphone offers a 13-megapixel rear camera with LED flash and a 5-megapixel front camera.

South Korean phone maker LG is all set to launch LG G6 at the upcoming Mobile World Congress event to be scheduled later this month in Barcelona, Spain from 27th February to 2nd March. Now ahead of that, company has unveiled LG X Power 2 smartphone. The new handset will be showcased at the trade fair.

LG X Power 2 will be available in Black Titan, Shiny Titan, Shiny Gold, and Shiny Blue. The smartphone will roll out in Latin America in March, but it will arrive in key markets in United States, Asia, Europe and other regions soon afterward. LG has not revealed pricing details of the smartphone yet.

As far as specifications are concerned, LG X Power 2 features a 5.5-inch HD display with a resolution of 1280 x 720 pixels and is powered by a 1.5GHz octa-core processor. It comes with 1.5GB or 2GB of RAM and 16GB of internal storage, which can be further expandable up to 2TB via microSD card. The smartphone runs on Android 7.0 Nougat operating system.

On the camera front, the smartphone offers a 13-megapixel rear camera with LED flash and a 5-megapixel camera with soft LED flash and wide-angle lens for selfies and video chats. Besides, the smartphone offers dual sim, 4G LTE, GPS, Bluetooth 4.2, 3.5mm audio jack and USB 2.0 and Wi-Fi. The handset measures 154.7 × 78.1 × 8.4mm and weighs 164 grams.

The LG X Power has 2 GB of RAM, 16 GB internal memory and an expandable memory via storage slot. It has a 13 megapixel rear and a 5-megapixel front camera. Besides, the LG X Power offers WiFi, 4G with VoLTE, Bluetooth, GPS/A-GPS and micro USB connectivity. The dimensions of the phone are 148.9 x 74.9 x 7.9mm and weighs 139 grams. The fast charging technology PE+ allows the smartphone to charge twice faster than other batteries and the smartphone can be fully charged in just 1.8 hours with the technology.